An new innovative concept has been unveiled at Computex 2011 this week in the form of the EDS ICE smartphone tablet dock. Which allows you to dock your smartphone with a brainless tablet/screen device to then create a working tablet, using your smartphone for processing power.

The early prototype on show at Computex is demonstrated below using an iPhone 4 but the dock is capable of transforming iOS, Android or Windows Phone 7 mobile phones into tablets. Watch the video after the jump for a run through of the devices features. 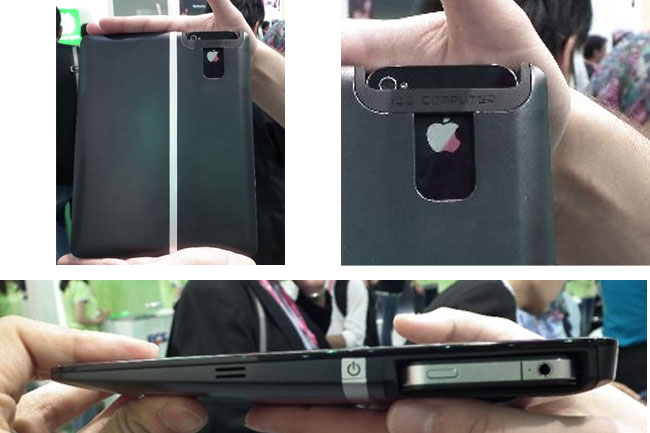 The tablet dock is equipped with a SD card slot, two USB ports and a front-facing camera and transforms your iPhone’s video and outputs it via HDMI to the built-in 9.7 inch display.