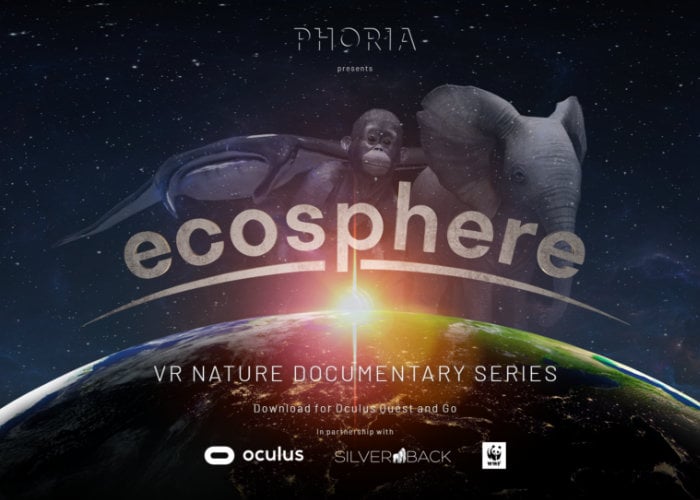 If you looking to leave the confines of your home and own an Oculus Quest virtual reality headset, you might be interested in a new virtual reality safari application that allows you to experience exotic wildlife from across the globe, from the comfort of your own home. Ecosphere is a fantastic app to help you through these particularly difficult times and is narrated by actress and WWF ambassador, Anna Friel.

The VR documentaries feature the first use of 5.7K stereoscopic VR footage at 60 frames per second, offering users very high levels of detail, together with a 3D depth at a level of smoothness that reduces the feeling of nausea that you would typically get with such VR experiences.

“Venture into the wildest places on earth and meet the humans protecting our most precious wildlife. Explore the great savannahs of Kenya, discover the ancient jungles of Borneo and dive into the rich coral reefs of Raja Ampat. Encounter elephants, orangutans, manta rays and some incredible humans, all in stunning cinematic footage filmed from the air and deep into the ocean.

‘ecosphere’ sets out to redefine the limits of 3D-180 cameras, natural history storytelling and conservation filmmaking. Travel to nature’s most fragile and diverse ecosystems, where indigenous and community-led efforts are creating space for humanity and wildlife to thrive together.