We recently saw some photos of an original iPad prototype, and now we have some of the original iPhone from 2006, as you can see from the photos below, one design looks similar to the iPhone 4S whilst the other looks like a large iPod Nano.

The guys over at The Verge spotted some new design renders from 2006, and the photos below were actual design prototypes, before the original iPhone was released. 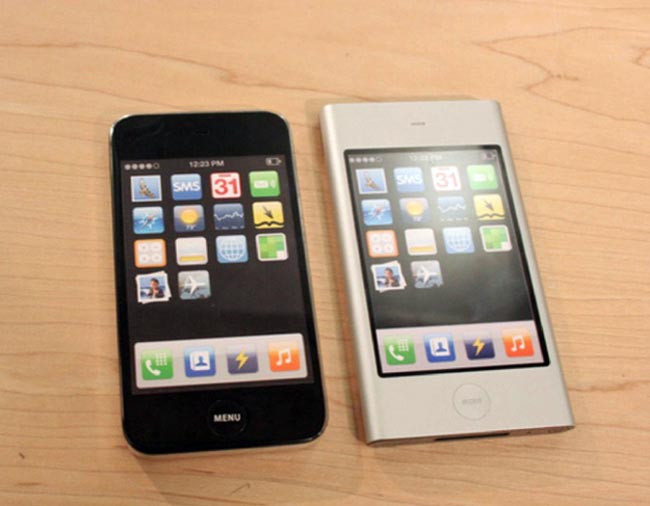 What is interesting is that one of the designs is very similar to the existing iPhone 4 and 4S, Apple went’ with a different design for the first iPhone, and then the iPhone 3G and 3GS, but must have liked the original design so much that they decided to produce something similar with the iPhone 4.