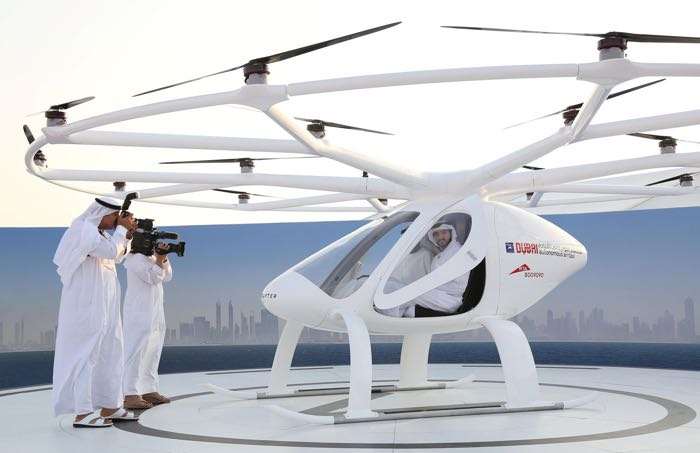 We first heard about the Volocopter back in 2013 and now this flying air taxi is being tested out for flying taxis in Dubai.

Dubai have started tests of the Volocopter and the first test flight took place yesterday, the device hovered at around 200 meters in the sky for about 5 minutes.

The first flight was an unmanned one, the tests of the Volocopter were organized by Dubai Crown Prince Sheikh Hamdan bin Mohammed bin Rashid Al Maktoum.

If the tests go well, then you could see more of these flying taxis in Dubai, the idea is that you can order one of these Volocopter’s on your smartphone and then it comes and picks you up, there is no pilot, it is fully automated.

Encouraging innovation and adopting the latest technologies contributes not only to the country‘s development but also builds bridges into the future,” Sheikh Hamdan said in a statement.