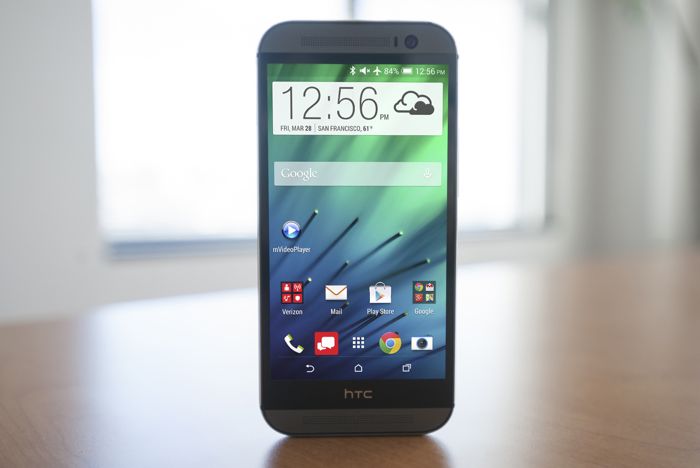 HTC has announced that the dual SIM version of their HTC One M8 smartphone will shortly be launching in Europe, the handset will launch in Germany, Switzerland and Austria.

The dual SIM HTC One M8 will retail for €679 in Europe, and the device will be available to buy from next week, this is the unlocked price for the handset without ca carrier contract.

The handset features the same specifications as the original One M8, it comes with a 5 inch full HD display that has a resolution of 1920 x 1080 pixels.

The device is powered by a quad core 2.3GHz Qualcomm Snapdragon 801 processor, it also comes with 2GB of RAM and a choice of storage options which include 16GB or 32GB, this can be expanded by a further 128GB thanks to the microSD card slot.

The HTC One M8 also features dual HTC Ultrapixel cameras on the rear, plus a front facing 5 megapixel camera, it also comes with Android 4.4 KitKat and the latest version of HTC’s custom user interface, HTC Sense 6.0.

As yet there are no details on whether the dual SIM version of the HTC One M8 will be launched in other European countries, as soon as we get some more information, we will let you guys know.