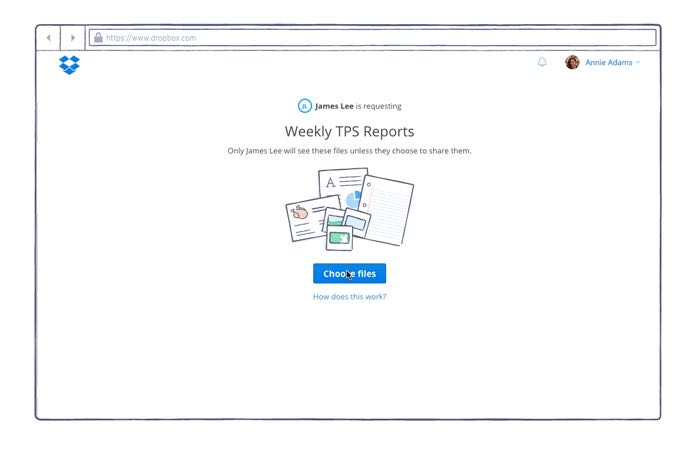 Dropbox has launched a new file requests feature that allows anyone to send you files directly to your Dropbox account.

Dropbox file request allows user to easily accept various documents such as weekly reports from colleagues that can all be placed into a single convenient folder for review.
Dropbox explains the inspiration behind the new file requests feature.

We often hear from users that getting files from other people can be a pain. Whether it’s photos from friends or docs from colleagues, collecting files usually means fishing through a sea of email attachments. We’ve given this problem a lot of thought, and today, we have a solution: a new feature called file requests.

With file requests, gathering photos, docs, and more from a bunch of people is simple. Just send out a link, and watch the files show up in your Dropbox. Here’s what you can do with file requests:

– Get files from anyone. Collecting bids from contractors? Anyone can send you a file, whether they have a Dropbox account or not.

– Easily receive large files. Want to get a copy of a video from a friend’s party? Unlike email attachments, anyone can send files as large as 2 GB.

– Organize everything in one place. Whether you’re collecting from one person or one hundred, all the files you receive are organized into a single folder, available on all your devices

Jump over to the Dropbox website for full details and instructions on use.