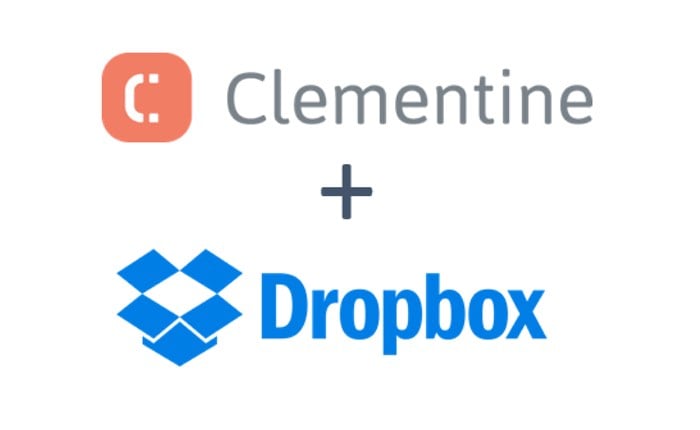 It has been revealed this week that the popular cloud storage service Dropbox has now acquired Clementine a start-up company that launched back in September 2014 with the aim of “reinvent messaging, voice, and conferencing for end users and IT alike”.

Unfortunately the acquisition by Dropbox of Clementine, means that the Clementine service will be shutting down. Although the free portion of the application will remain active or current users until August 31st, 2015.

Clementine explains a little more about the acquisition by Dropbox on its official blog :

Almost 2 years ago, a few veterans of the mobile, enterprise, and consumer worlds got together to reimagine real time communications in the workplace. An alphabet soup of trends including BYOD, OTT, and WebRTC were poised to disrupt traditional paradigms in enterprise collaboration and we wanted to pounce.

The result was Clementine. Launched in September 2014, we set out to reinvent messaging, voice, and conferencing for end users and IT alike. And in the months since, we’ve learned & delivered a ton to our customers and partners big & small.

We’re now excited to announce the next stage of our journey — we’re joining Dropbox!
Our mission and passion for workplace collaboration remains the same. Our stage will grow dramatically as Dropbox builds on our technology to engage with its over 400 million users and 100,000 businesses.

The Clementine service however, will be shutting down.  The free portions of the app will remain active for current users until August 31, 2015 and we’ll provide plenty of help to regular and premium subscribers as the service transitions.

For Samir & I, it’s been an honor and privilege to work with an exceptional group of colleagues. Our investors & advisers – Homebrew, Redpoint, WTI, John Robb, Ariel Seidman, Roy Sehgal, Chad Thornton, and Steven Bulfer – have been phenomenal sounding boards and supportive partners every step of the way. And of course, we’re most thankful to you, our users, and the millions of lessons you’ve taught us over the past two 2 years.