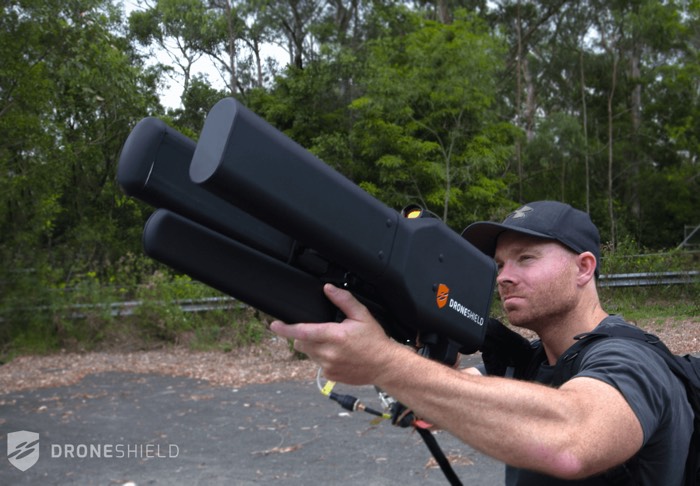 Drones are becoming more and more widespread and some companies, airports, prisons and more have to find a way to deal with them.

A company called Droneshield has invented a new device, the Droneshield Dronegun that can be used to stop drones recording video, bring them down and also send them home.

The Dronegun can be used to trigger the Drone’s return home function, it can also be used to block video recording and transmission, have a look at the video below.

You can find out more details about the new Droneshield Dronegun at the link below, as yet ther are no details on pricing.