Instead of pulling out that pocket knife for some swish-swish sharpening, stick this contraption onto an electric drill and sharpen away. Such is the joy and fun of this new drill sharpener from C.H. Hanson, which was discovered at a hardware store recently and it has proven a mighty fine geeky toy since. 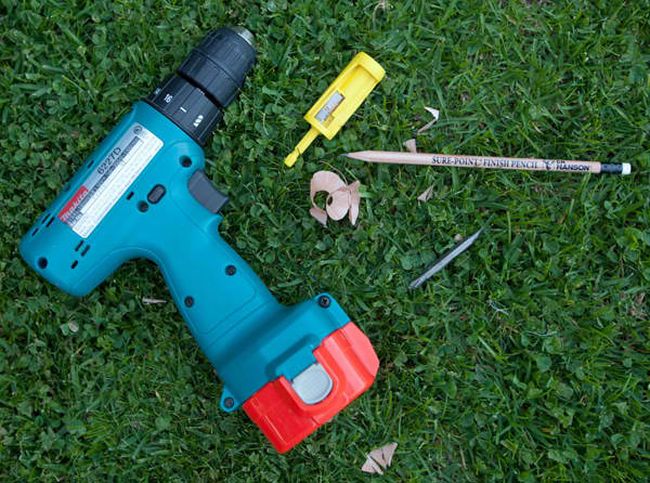 Each sharpener is purchased along with a bunch of pencils (15 to be specific) and users have claimed they’ve obliterated whole batches of them thanks to the mindless joy of sharpening away with a drill. The feedback on its humble Amazon page has been electric, with the few users who bothered reviewing it spewing fourth enthusiastic raves. Turns out C.H. Hanson rolled this contraption out for the carpenter folk who might need a quick sharpen while at work.

It also turns out various man children have delighted themselves sharpening pencils to useless nubs since it hit stores.