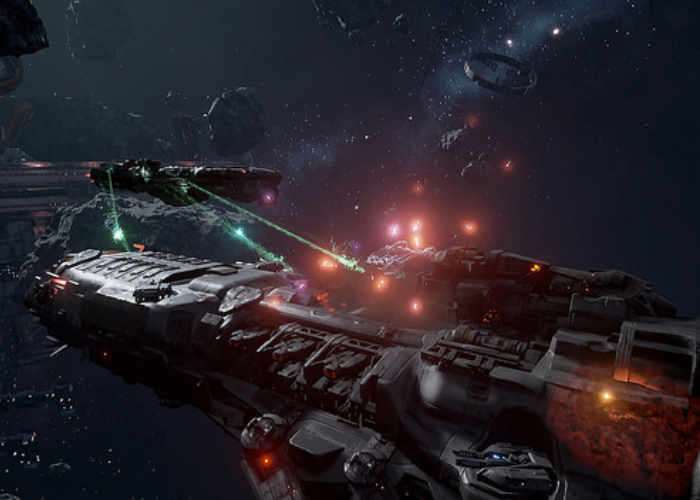 For those looking forward to the launch of the new Dreadnought game, the day has arrived where it is now available to enjoy on the PlayStation 4. Developed by Yager Development and published by Grey Box with Six Foot, the space combat simulator is also available on PC.

Within Dreadnought players captain a large spacecraft and uses projectile weapons to attack enemies, with several classes of ships available, each offering their own advantages and weaknesses depending on your play style. Check out the videos below to learn more about Dreadnought gameplay and the Dreadnought Founder’s Packs which are now available to purchase.

Peter Holzapfel Game Director explains more about what you can expect from the new Dreadnought game.

New enemy ships warp onto the battlefield. Four Destroyers. Two Dreadnoughts. Covered in jagged, rusted panels of armor and bristling with firepower, these vessels look stronger than the ones from the last wave — the one that almost destroyed you and your teammates.

If you’re a superstitious captain, now might be a good time to take out your lucky rabbit’s foot. We’ve covered a lot of ground since our announcement last December, and we’re not done yet. Here’s what else you can check out right now:

• PS4-exclusive maps: the space battlefields of Hekate and Xanthe.
• New to PS4: Team Elimination game mode, plus the Dry Dock and Red Sands maps.
• New Hero Ship: the Junkyard Prince. Unlock it by playing a Havoc match!
• Added to the hangar: friends and squads menus.