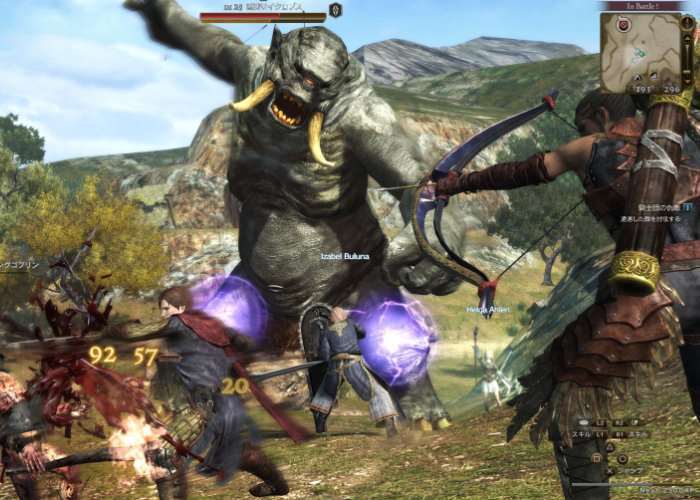 Latest generation console gamers who have enjoyed Dragon’s Dogma Dark Arisen previously on other platforms or those that have not enjoyed the open world action combat experience. Maybe interested know that the game is now available for the Xbox One and PlayStation 4 as a remastered released.

Check out the launch trailer below to learn more about what you can expect from the storyline and latest remastered graphics which have been enhanced since its release on the Xbox 360 and PlayStation 3 back in May 2012.

Capcom has made the game available priced at £20 for both the PlayStation 4 and Xbox One with an age rating of 18.

Set in a huge open world, Dragon’s Dogma: Dark Arisen presents a rewarding action combat experience. Players embark on an epic adventure in a rich, living world with three AI companions, known as Pawns. These partners fight independently, demonstrating prowess and ability that they have developed based on traits learned from each player. PC users can share these Pawns online and reap rewards of treasure, tips and strategy hints for taking down the terrifying enemies. Pawns can also be borrowed when specific skills are needed to complete various challenging quests.

▪ Dynamic combat experience – Cut off the four heads of a Hydra, climb atop griffins and fight airborne, or defeat dragons and other creatures by finding out their weaknesses.
▪ Tons of content – Includes all previously released DLCs, pre-order bonuses, retailer-exclusives, and the Dark Arisen expansion content. Features the highly praised combat experience and rich customization, plus a huge underground realm to explore with terrifying monsters.
▪ Customization options galore – Nine different vocations for players to choose from with a variety of skill options for each, armor that can be upgraded and enhanced, plus Pawn companions that can be trained to fit your desired combat style.
▪ Stunning visuals – Beautiful high res graphics with increased fidelity.
▪ Full Steam platform support – Includes Steam Achievements, Steam Cloud Save, Trading Cards, Leaderboards, Big Picture Mode support
▪ Expanded controller support – In addition to supporting the traditional keyboard and mouse control scheme, the game natively supports Xbox 360, Xbox One, Steam Controller, and other DirectInput-based game pads such as the DualShock controller.
▪ New Achievements – 9 brand new Achievements for both new and returning Dragon’s Dogma fans! Get ready to delve deep into Bitterblack Isle…