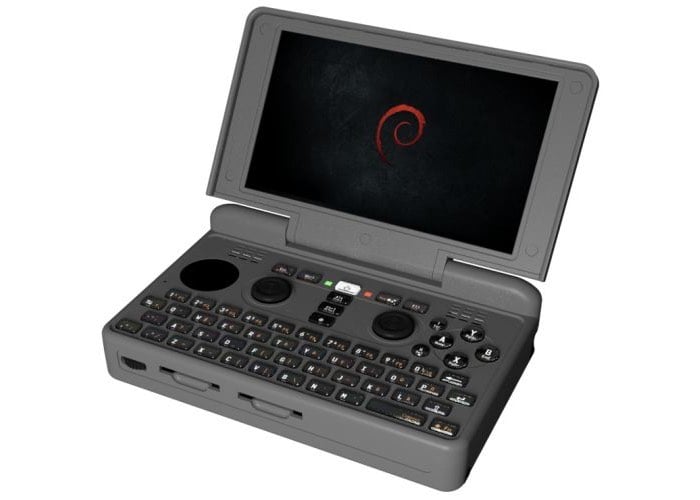 First unveiled back in 2014 in its first edition, the latest version of the DragonBox Pyra Linux handheld gaming console is now available to pre-order price at €290 or roughly $330.

Unfortunately the final price of the Linux handheld will be more than the pre-order deposit pricing but as yet has not been revealed by the systems developers.

If you are looking to get your hands on a system before anyone else or to develop applications or software a prototype version of the DragonBox Pyra platform is available to purchase priced at €1400 or roughly $1590 and will be shipped out during November 2015.

Only 18 of the prototype DragonBox Pyra systems are being created with 10 available to developers and the rest made available to those with deep pockets. Pyra explains:

It is fast enough to compile stuff on-the-go or work fluently with applications like LibreOffice, Gimp or Firefox. It will also be able to emulate any game console up to the PlayStation 1, Nintendo 64 and Dreamcast and any handheld up to the DS and PSP in fullspeed.

For more information on the pocket handheld Linux powered system jump over to the official site via the link below.