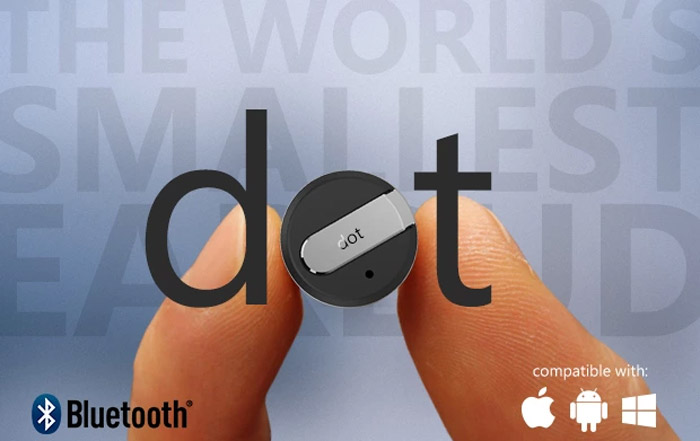 A new Bluetooth headset has turned up on Kickstarter called the Dot. The makers of the Dot claim that it is the world’s smallest Bluetooth earbud, and the little device is tiny. It tips the scales at 3.5g and measures only 0.54-inchs wide and 0.83-inches deep. Despite its small size, it has the Bluetooth hardware inside to connect with iOS, Android, and Windows Phone devices.

You might think that the small size of the Dot means that the battery will be too small for extended use. The maker clams that the Dot is good for six hours of music playback, nine hours of talk time, and 80 hours on standby. It also ships with a carry case that has a battery inside and is able to charge the Dot full in 30 minutes. 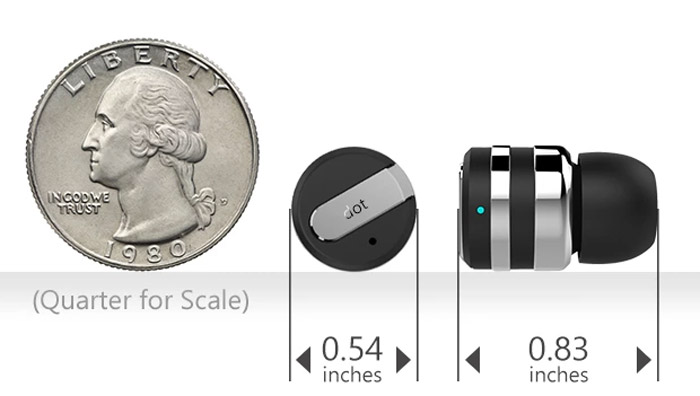 That battery case can completely recharge the Dot up to six times. Dot is on Kickstarter right now seeking $30,000 and it has blown that goal out of the water with nearly $195,000 with 28 days to go. A single mono dot earbud can be ordered for $69 or more with a pair for stereo playback for $79 or more. Shipping is expected in December 2015.