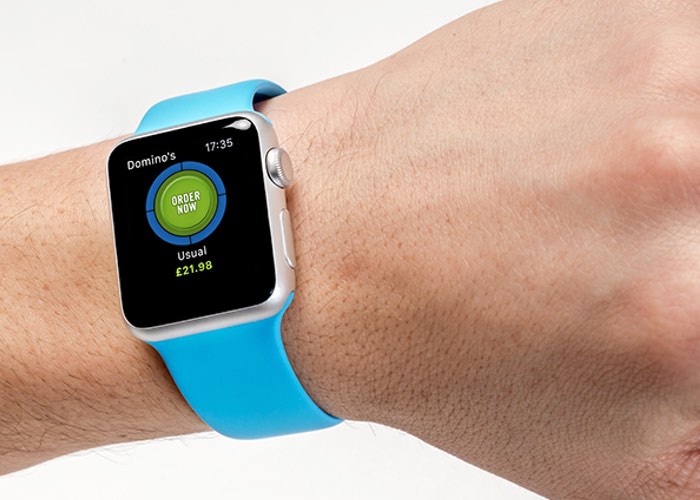 Domino’s Pizza has this week released a new update to its iOS application that provides customers with an Apple Watch app offering the ability to order a pizza with a single tap directly from their wrist.

Using a combination of both the smartphone and Watch applications users can programme the ’one-tap’ order process with their pizza preference and choice of toppings, allowing the wrist worn wearable to trigger a Domino’s order at a single touch.

Pairing the new easy order with the Apple watch – the ultimate convenience gadget – is a match made in heaven. The possibilities of smartwatch ordering mean our pizza fans will never be further than a wrist tap away from their emergency ‘pepperoni passion’ or ‘Texas BBQ’.