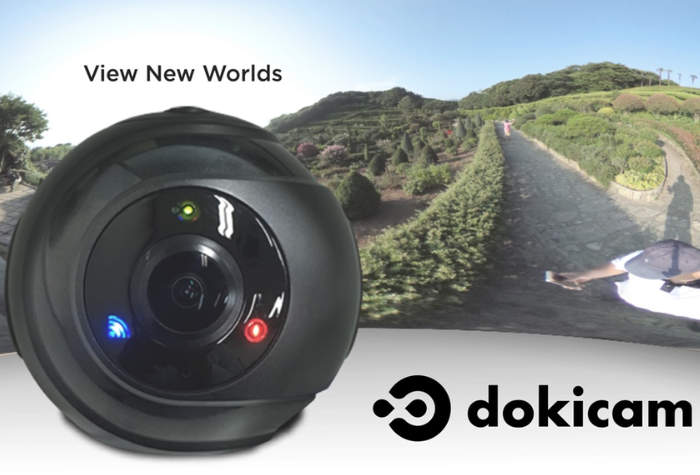 A new 360 degree camera has been launched this week called Dokicam which is equipped with five different viewing modes that take the form of Planet, Virtual Reality, Fish Eye mode, Hemisphere mode and 360 degree mode.

Offering a wealth of different techniques to enhance your creativity and final applications what ever you might be recording. Watch the video below to learn more about each and how they can help you create the perfect 360 degree videos anywhere using the tennis ball sized 360 camera.

Finally the 360° camera for everyone, everywhere. With two lenses pointed in opposite directions, both with 200 degree viewing angles, capture everything up down and all around. No need to worry where to point the frame, DOKICAM will capture the entire scene!

Easy to use and affordable, DOKICAM is truly the first 360° camera for everyone. With simplified shooting and editing, anyone can capture stunning 360° images and video. Portable and durable, take DOKICAM anywhere. Dirt and water resistant while being as small as a baseball, DOKICAM is the perfect 360° cam whether for travel or extreme sports.

For more information on the new Dokicam 360 degree video camera jump over to the Kickstarter website for details by following the link below.