Not sure, but maybe we’ll try this ourselves to find out. Pictured south are the latest gimmicky creations by designer Lulin Ding. The idea is placing three LED bulbs–supported y faint wire frames–at the tip of an eyebrow and lighting them up for that eyeshadow effect. This looks like something Ke$ha would do. Our concern, however, stems from having such a bright light source so close to the human eye. Would the proximity cause the wearer to see dots? Is it okay to drive safely with these eyeshadow lights? 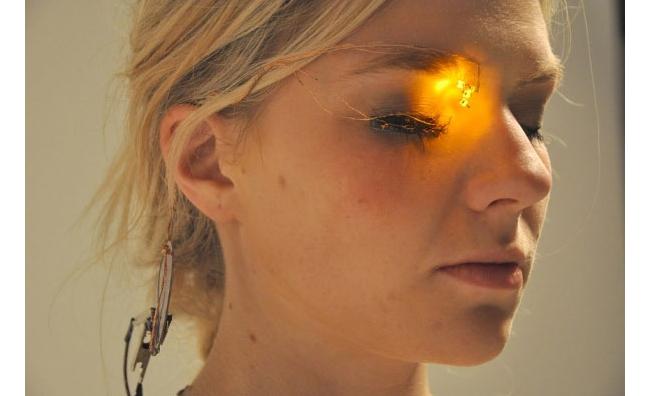 Come to think of it, the girl pictured above does have a striking resemblance to Ke$ha, except less trashy and without the overbearing glam.

Apparently, it’s not that much of a vision impairer and might catch on among a certain demographic. We think LED eyeshadow would do great with an oxygen dress for a full on futuristic look that pre-empts the oncoming singularity.