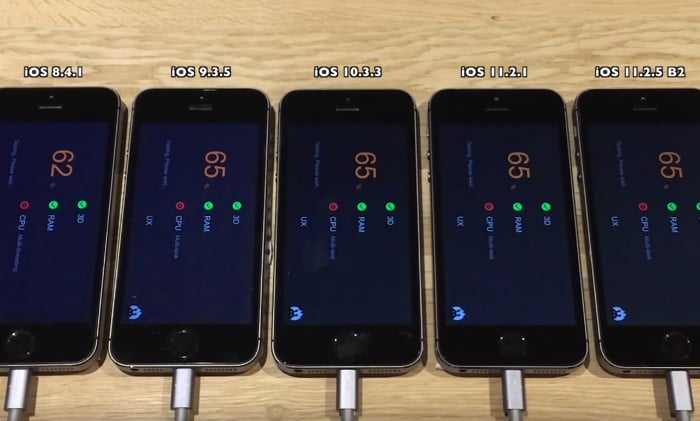 As we can see from the video there are no major differences in the benchmarks and Apple does not appear to be slowing down the iPhone 5S like it is with the iPhone 6 and other devices.