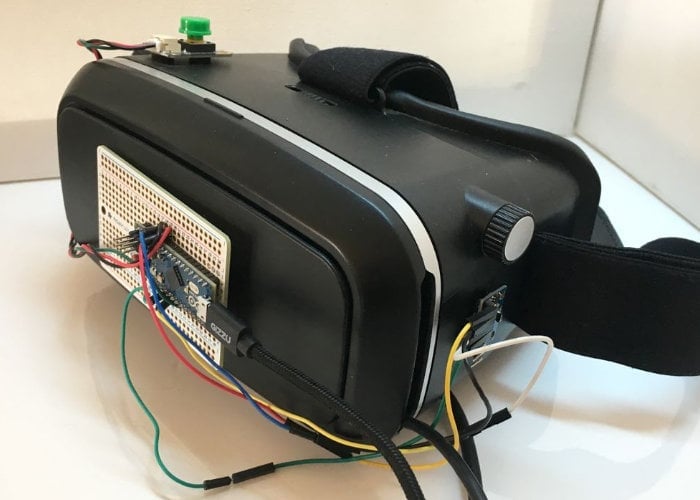 Gamers looking to try out virtual reality and have not yet purchased expensive virtual reality headset, may be interested in a DIY VR headset which has been created using a little Arduino hardware and programming. The project published by “jamesvdberg” (AKA Killer Robotics) provides a low-cost alternative adapting an affordable smartphone VR headset to work with PC systems.

“My initial goal was to do this for under $150(USD), however after shopping around and changing some parts out for alternatives I managed to get this down to around $80. So let us get started.”

“Although it won’t pack the capabilities of an Oculus or HTC Vive, jamesvdberg’s VR rig can be replicated for just $80 using a Google cardboard-compatible shell, along with a 5” Raspberry Pi 800×480 LCD screen and an Arduino Micro for control. You will also require Tridef3D or similar software (there are some free alternatives, but I have not had a chance to give them a try at present). Tridef3D is used to convert any Direct X 9/10/11 game into stereoscopic 3D. Tridef3D offers a 14-day free trial, which is plenty to give this a try. The full version of Tridef3D retails for $39.99.”

For full instructions on how to build your very own DIY vineyard headset jump over to the Instructables project page, by following the link below.