Well this is a first I never thought you would be able to make speakers from computer hard drives but hey here they are. This pair of 20GB hard drives have been combined and enclosed in a acrylic case together with a VU meter to give it a lovely techie glow. 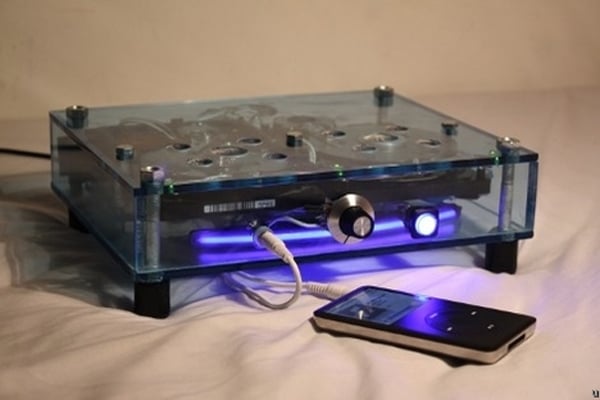 The hard drives are connected to a 10W stereo amplifier and use electro-magnetics to move the read write head. The polarity of the current determines which way the head moves. In an audio signal the peaks and troughs are opposite polarities, meaning the head vibrates with an audio signal. This, combined with vibrating against the platters of the hard drive, make the sound.