When the oil runs out and economies collapse, mankind will have no other recourse but to step down the industrial ladder. In such a dark age, Joerg Sprave shall rule as a mighty warlord in a shattered landscape equal parts Mad Max and Fist of the North Star. He can even christen himself ‘The Weaponmaster’: builder of weapons and conqueror of tribes. If you’ve never read about Sprave before, he’s the bald guy who makes all these deadly slingshot weapons. This isn’t the first time Sprave has been featured here in Geeky Gadgets either. 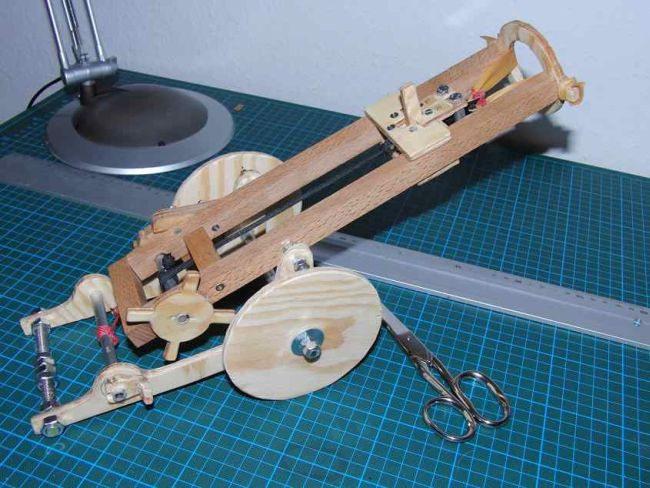 The real giant slingshot cannon isn’t what’s pictured above. That’s a scale model, very accurate but with much less destructive potential as the field model which could be used to storm a castle or two. As Mr. Sprave puts it himself, it could be the strongest slingshot weapon ever made–and he doesn’t even need a license for it!

We already imagine how Joerg Sprave will go about building an empire–he’ll lead an army of slingshot crossbow men to pillage and burn across the post-apocalyptic wastes. These giant cannon could be pulled by a few press-ganged mutants. If he ever creates much larger artillery, then perhaps he can mount them on car frames pulled by elephants. Really Fallout stuff.