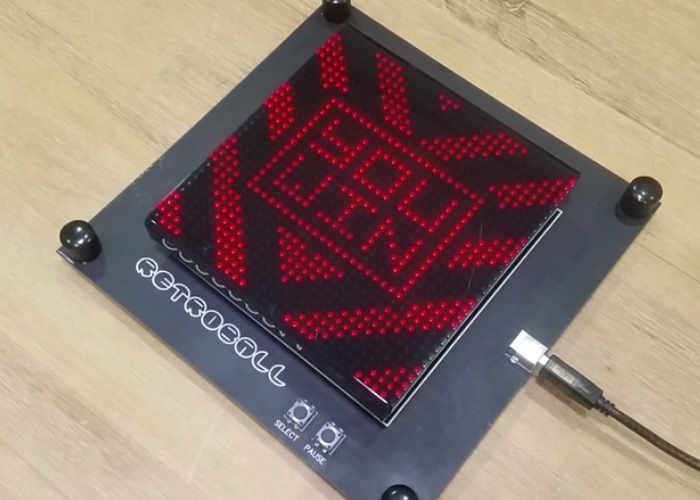 A new electronics kit has been created by Bradley Slattery, which provides a DIY LED game which can be played by up to 4 players and has been built using Arduino hardware, allowing you to hack the game further if desired.

The DIY electronics kit provides a unique version of the classic game PONG and has been designed for beginners or experienced electronic enthusiasts to build and enjoy. Watch the demonstration video below to learn more about what you can expect from RetroBall.

RetroBall has this week launched by a Kickstarter looking to raise the required funds it needs to go into production. Pledges start from AU$79 and shipping is expected to take place during October 2017.

With a step-by-step building video and less than a dozen components to solder in – Retroball can be put together by even a newcomer to electronics. Retroball can be powered by any standard USB port, USB charger or USB charge bank. The screen filter, USB cable and rubber mounting feet have been omitted from the photo but are included in every Retroball kit.

The ball may be spun off the bat in different directions, at different angles and speeds depending on how you hit the ball. It makes for some great gameplay! If you miss a ball, you lose a point. If you lose all of your points, your paddle is replaced with a wall. The last player standing – wins!

For those who want to run their own experiments, Retroball comes with a built in slot for you to plug in your own Arduino Uno or compatible microcontroller. Just download the Adafruit Library and get coding! (Note: only two of the four potentiometers are available for your Arduino due to limited pins on the Arduino). Some example will be provided to get you started.