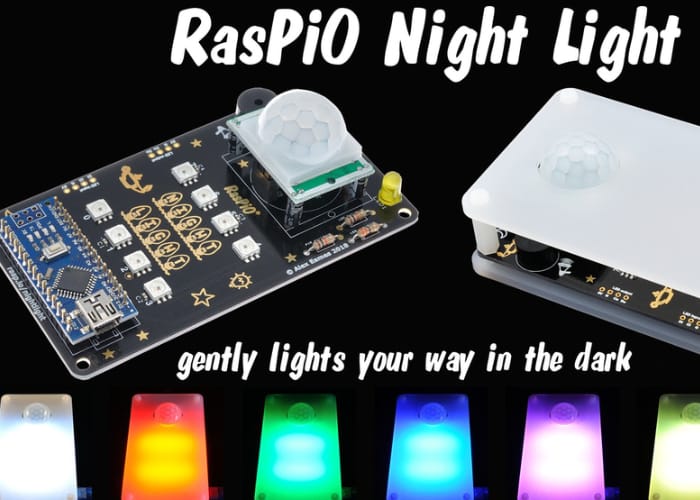 Raspberry Pi enthusiast and developer Alex Eames has taken to Kickstarter once again to launches latest creation the RasPiO Night Light which features an Arduino Nano board and provides a customisable nightlight with RGB LED lighting. Watch the demonstration video below to learn more about the new project which is available to back via Kickstarter with early bird pledges available from just £10.

The customisable night light comes as a kit which you build yourself using a soldering iron, solder and snippers. You’ll also need a 5V power source, which can either be attached to the mini-USB on the Arduino nano clone or 5V/GND on the PCB. Worldwide delivery is expected to take place during October 2018 if the project successfully raises its required £7,000 pledge goal. “RasPiO Night Light is motion-activated RGB light that lights your way in the dark. It’s a lovely build-it-yourself kit designed to be gorgeous to look at and fun to build, use and tweak.”

What’s in the Kit?

For more details and full specifications jump over to the official Kickstarter crowdfunding campaign page, To be one of the first to own the hackable customisable nightlight.