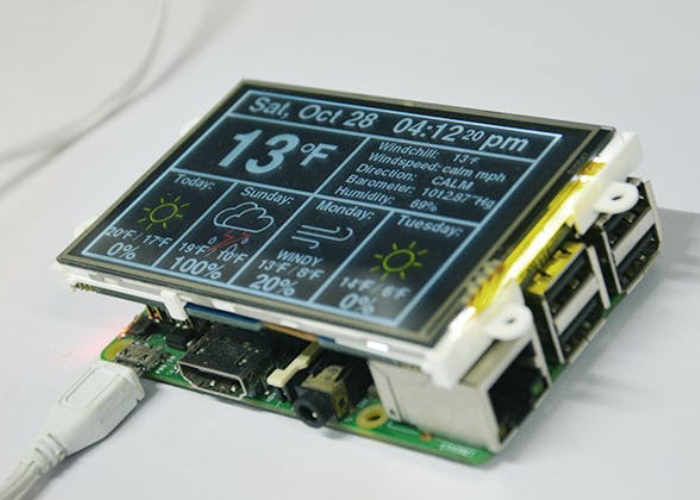 Raspberry Pi enthusiasts, hobbyists or students looking to create their very own DIY Raspberry Pi weather station are sure to enjoy this new tutorial published to the Hackster.io website. Displaying weather data such as humidity, temperature and successive weather forecast using 4D Systems’ 4DPi-35-II Raspberry Pi display. The 4DPi-35-II is a 3.5″ offers users a resolution of 480 x 320 pixels and acts as the primary display for the Raspberry Pi, plugging directly on top of a Raspberry Pi. The project builds on the Pi Weather Station system created by Instructables member ‘jimk3038”. 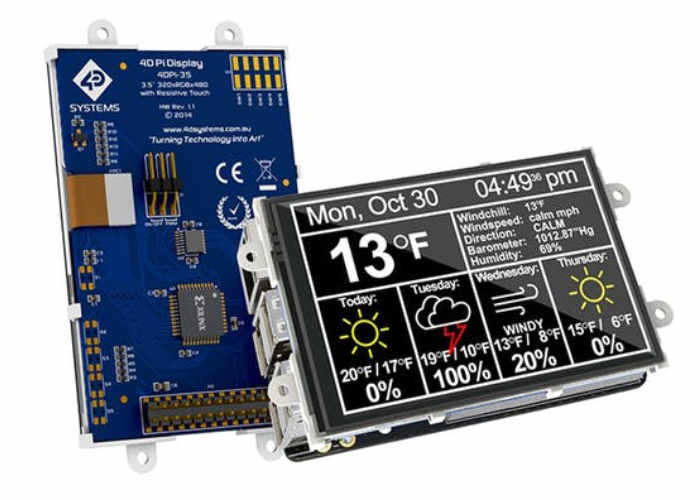 Hackster.io member 4D makers, that consist of a group of curious engineers and enthusiasts who finds great satisfaction in creating and building anything from electronics explain more about their latest project.

For more details on the awesome Raspberry Pi Weather Station projects and display which is available to purchase for around £70 jump over to the links below.