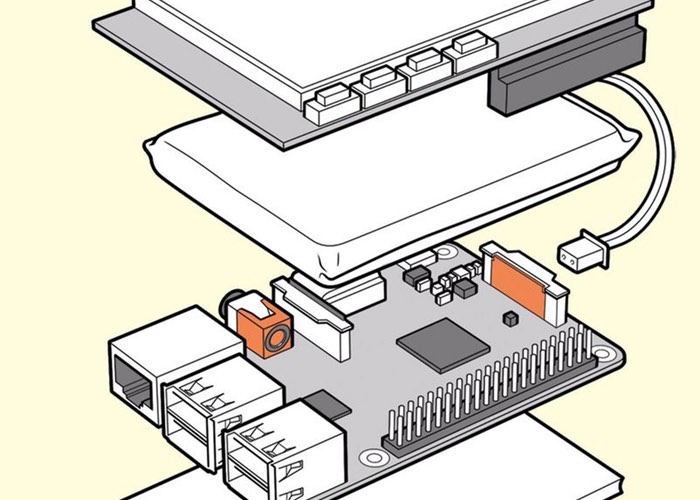 If you are becoming a little bored with the creations from both the Android and iOS camps with regards smartphone design, you might be interested in building your very own Raspberry Pi smartphone which can be customised to meet your exact requirements.

In this month’s issue of Wired the publication has printed details of how to create your very own Raspberry Pi smartphone using a GSM module complete with antenna and audio outlets together with a touchscreen and of course an awesome Raspberry Pi mini PC.

The Wired website explain more about the inspiration behind the Raspberry Pi smartphone :

David Hunt is an Irish programmer, photographer and maker who loves tinkering with Raspberry Pi. He started thinking about building a Raspberry Pi-based smartphone when he came across a DIY “digital camera” prototype that combined the modifiable microcomputer with a TFT touchscreen.

He realised that simply adding a GSM module could transform the image-capturing contraption into a rudimentary phone. The clincher, though, was the name: “As I came up with the name ‘PiPhone’,  I said to myself, ‘I’ve really got to build this’,” Hunt says. “I think the name is so cool… And yes, it does sound similar to a famous smartphone that I won’t mention.”

To be to create your very own Raspberry Pi smartphone or PiPhone you will need the following components :

The script you will need to install on your Raspberry Pi can be found over on the GitHub website following the link below.More details and full instructions to over to the Wired website via the link below. If you enjoy building Pi projects you might be interested in our comprehensive list of Raspberry Pi displays, HATS and small screens.