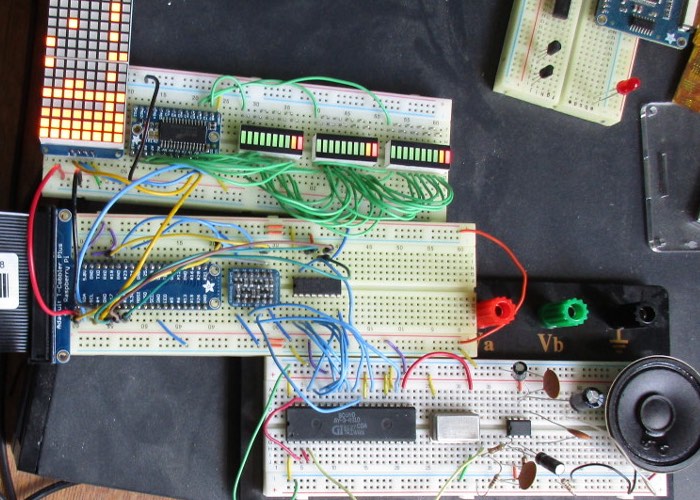 Raspberry Pi enthusiasts looking for a new project might be interested in a new Raspberry Pi chip tune player which has been created by Vince Weaver and is powered by a AY-3-8910 series sound chip.

Watch the video below to learn more about this Raspberry Pi mini PC which has been rigged to play chiptunes by serving the files directly on to a AY-3-8910 first released back in the 1980s and popular in personal computers such as the Amstrad CPC, Apple II or ZX Spectrum.

The AY-3-8910 is fairly straightforward. Three channels of square waves plus various noise and envelope effects. Provide a clock (1MHz in our case) and there are 16 (well, 14) on-chip registers you write to. Just put the address then the 8 bit value on the bus, toggle the 3 bus control pins, and you are set. You’ll want to do this fairly fast. A typical YM music file wants you to write all 14 registers every 50Hz.

I use the Pi’s GPIOs to shift an 8 bit value into a shift register. Then I use a few more to drive the control bus. Visualization is done with some i2c LED displays. The amplifier is an LM386 design from the AY-3-8910 datasheet.

For more information on the Raspberry Pi Chiptune Player and how to create your very own jump over to the Vince Weaver website for details by following the link below and GitHub for the relevant files required.