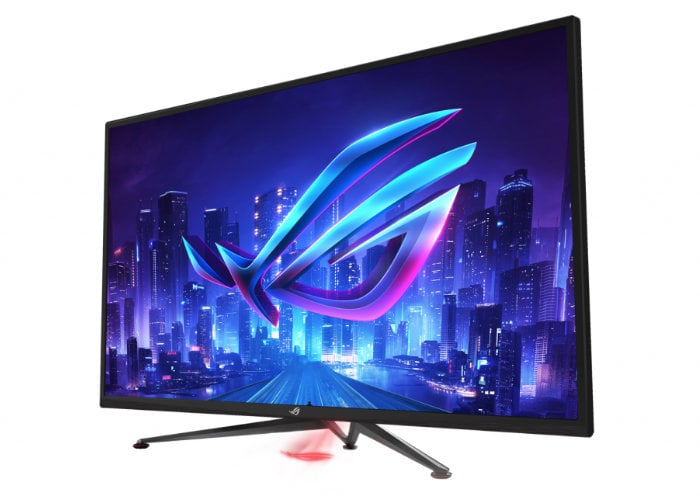 At E3 2019 this week ASUS has unveiled the world’s first Display Stream Compression (DSC) capable monitor, in the form of a 43 inch display which makes use of the industry-standard DSC to enable 144 Hz gaming at 4K resolution via a single data cable.

Display Stream Compression technology, enables Ultra HD video streams across a single interface allowing owners to run at 4K/144Hz without chroma subsampling, which was an issue that effected the very first 4K and 144Hz monitors to be made available. The new DSC technology also means that this can be accomplished using a single DisplayPort 1.4 connection, rather than needing two.

The new ROG gaming monitor also complies with VESA Display HDR 1000 specification with 10-bit image processing and 1000 cd/m2 peak luminance, and a 90% coverage of the DCI-P3 gamut quantifies the display’s colour output advantage. Unfortunately, no information on pricing or worldwide availability has been released as yet by ASUS for the new monitor, but as soon as information comes to light, we will keep you updated as always.