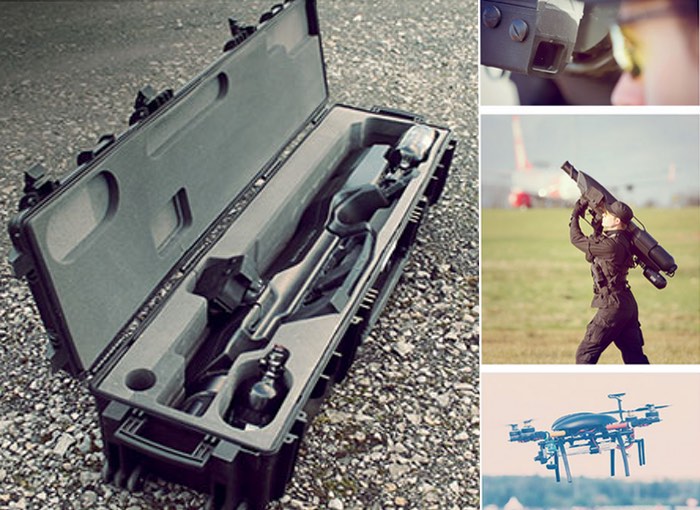 Drones flying in places that they shouldn’t, has become more of a problem over the past few years, now that drones and quadcopter can be purchased at affordable prices around the world and flown without the need for a license.

One company in the UK called OpenWorks Engineering is hope to bring and end to drones flying in areas they shouldn’t and has created the SkyWall 100 Net Bazooka to safely and quickly disable drones in flight. 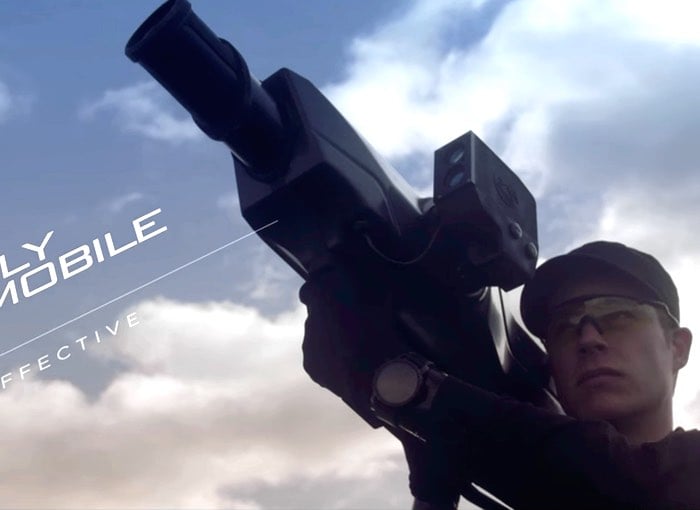 Check out the video below to see the SkyWall 100 Net Bazooka in action and see how it can disable drones when required.

The proliferation of cheap and easy to fly drones has triggered a rise in the number of incidents where the safety and security of individuals and facilities has been compromised. They have infiltrated the security of heads of state, delivered contraband into prisons and photographed private film sets and celebrity’s property.

SkyWall100 offers a cost effective way of dealing with the drone threat. Developed specifically for the civil drone threat, SkyWall presents a proportionate response and allows drones to be physically captured and brought to the ground safely.

The SkyWall system is a combination of a compressed gas powered smart launcher and an intelligent programmable projectile. The first system being released is SkyWall100; a man-portable handheld launcher that is highly mobile and a cost effective way of dealing with the drone threat.