Developers and hobbyists who enjoy tinkering about with Arduino devices and technology, might be interested in a new USB developer board called the Digispark.

The tiny Digispark USB developer board is the brainchild of developer Erik Kettenburg and is a micro-sized Arduino enabled board. Watch the video after the jump to learn more about the Digispark project and see it in action. 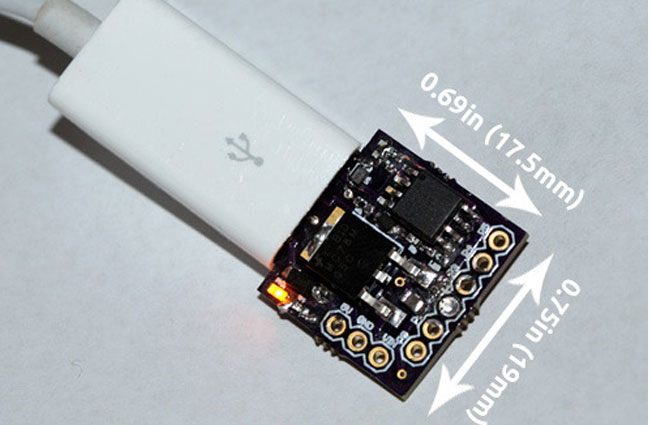 Digispark has just started its journey on the Kickstarter crowd sourcing website to try and make the jump from concept to reality. The team behind the Digispark board explain.

“We set out to build a little brother to the wonderful Arduino line of development boards – we were tired of leaving our valuable Arduino’s behind in projects, or worse, ripping apart old projects to build new ones! We also felt the Arduino was too big and powerful for many projects where we only needed a few pins, or an SPI or I2C bus. And so the Digispark was born!”