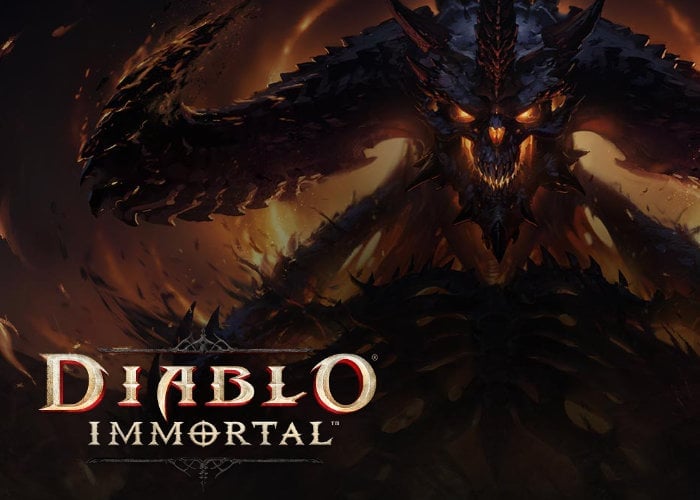 During this year’s Blizzcon event, Blizzard Entertainment unveiled their new mobile game Diablo Immortal and unleashing in huge backlash from fans. Blizzard wasn’t expecting fans to be this angry about the new Diablo Immortal mobile game and during an interview with gaming website Kotaku.

If you were hoping for Blizzard to unveil Diablo 4 you might be doubly disappointed as the next Diablo game is a mobile game which will not be launching on the PC. “Diablo Immortal is a mobile Massively Multiplayer Online Action RPG (MMOARPG) developed by Blizzard Entertainment in partnership with NetEase, coming exclusively to Android, iPhone and iPad.” Check out the official trailer is below to learn more about what you can expect from the game which is causing such a backlash from Diablo fans.

“The Worldstone lies shattered, yet great power remains within its corrupted fragments. Power that Diablo’s minions hope to harness to bring about the return of the Lord of Terror. The Archangel Tyrael is presumed dead, and mankind is left to deal with the aftermath of his actions. Fragments of the corrupted Worldstone taint the land, bringing forth ancient evils who are looking to harvest the stone’s power and use it to control humanity.”

“From the peaceful town of Wortham, to the jungle island of Bilefen and the ancient Library of Zoltun Kulle, each zone in Diablo Immortal has new challenges to master and familiar faces to see. Will you choose to help Valla and her teacher in the Shassar Sea, or delve the tomb of Fahir, an ancient disciple of Akarat? Or storm the Countess’ Forgotten Tower and stop her dark reign once more? The possibilities are many. The choices are yours.”

– Experience the world of Sanctuary in a persistent, always-online adventure anywhere, anytime.
– Join a worldwide community as you battle side by side to vanquish ancient evils, explore perilous dungeons, and of course, get legendary loot.

For more details jump over to the official Diablo Immortal website by following the link below.