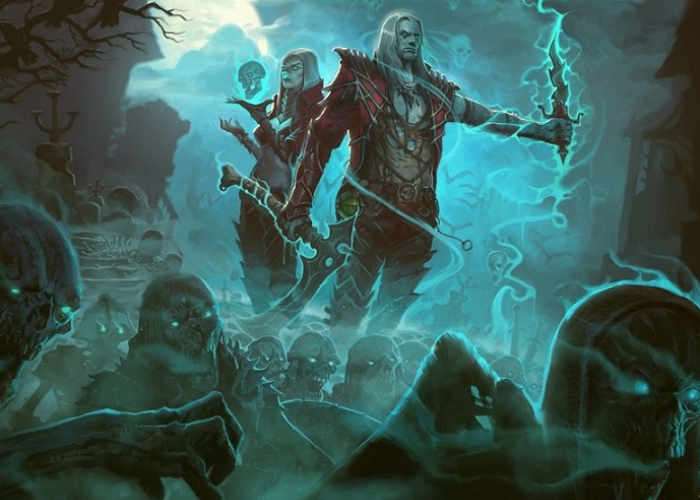 A new Diablo III DLC is being rolled out by Blizzard next Tuesday in the form of the Diablo III Rise Of The Necromancer which brings with it four new class sets and over 30 new legendaries to collect.

Together with an in-game pet, two additional character slots, cosmetic wings, and more. Check out the official Rise Of The Necromancer trailer released by Blizzard below to learn more about what you can expect from the latest DLC for Diablo III.

The Diablo III Rise Of The Necromancer DLC will be available on PlayStation 4, Xbox One, and PC from June 27th 2017 and will cost $15. Necromancer’s abilities include:

– Siphon Blood: Drain the blood from your enemies, sapping their life away while healing yourself.
– Skeletal Mage: Raise the skeletal remains of powerful sorcerers and direct their spells against your foes.
– Corpse Explosion: Turn corpses into grisly powder kegs, blowing them up for massive area-effect damage.
– Bone Spirit: Conjure an unearthly marrow spirit to hunt down your enemies and explode on contact.
– Revive: Command fallen monsters to rise and join your unstoppable army of death.
– Frailty: Curse your enemies to bring them closer to death’s door, killing them instantly at low health.

Comprised of controlled, calculating individuals, the Priests of Rathma have long known the true stakes at the heart of the Eternal Conflict. Known to uneducated outsiders as Necromancers, these masters of blood, bone, and the dark arts are often misunderstood. Driven to protect the Balance at all costs, those dedicated to walking this path see neither good nor evil in their actions; simply obedience to the cycle of being.