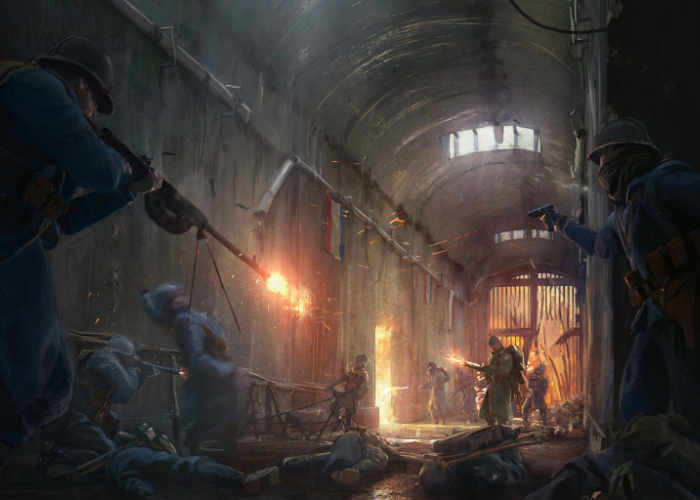 DICE has this week revealed more details about the first expansion that is planned to be released during March 2017 for the new Battlefield 1 first person shooter which launched earlier this year.

The first expansion taking the form of They Shall Not Pass, will bring new maps, weapons and a new playable French Army faction to expand the theatre of war even further.

DICE explain a little more as to what you can expect from the first Battlefield 1 expansion :

Though we don’t want to give too much away at this point we have something special for you: concept exploration images from the DICE team. These images represent the studio’s vision of the battlefields you’ll encounter in They Shall Not Pass. Read on and learn what inspired the charred landscapes, muddy trenches, and close-quarter environments. 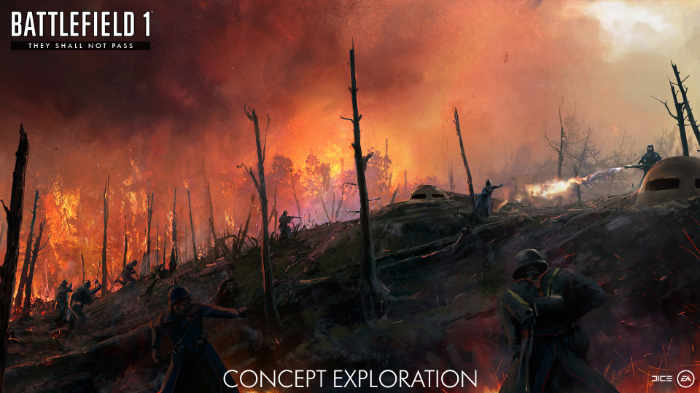 Around 1 million shells were fired in the opening barrage of the Battle of Verdun. This created massive forest fires around the fortified city and the battlefields surrounding it. Soldiers tell stories of being able to see these fires from far away. We really wanted to capture this initial fighting in a battle that came to be known as the Devil’s Anvil. 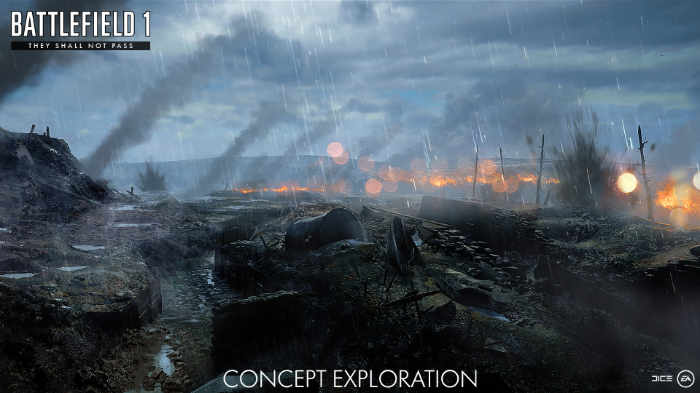 The initial fighting around Verdun quickly transformed villages like Samogneux and entire forests into shadows of their former self. Verdun turned into the longest battle of the war lasting 9 months which completely transformed it. We wanted our players to be part of these initial intense attacks in the cold February of 1916.

The stories of the heroic garrison inside of Fort Vaux inspired us deeply, they fought a tough battle for every inch in the dark in these underground corridors. Down here in the maze of dark galleries the French and Germans fought ferociously with grenades, flamethrowers, and poison gasses. 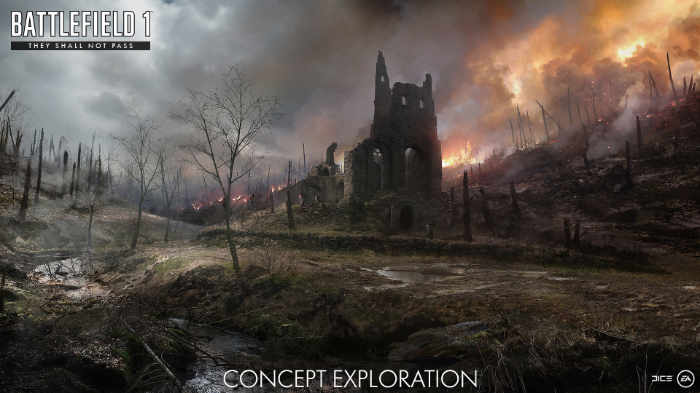 Some 40 million artillery shells were fired over the course of the battle at Verdun, pulverizing the ground, turning the earth into a shattered lunar landscape. And underneath some of these trenches, tunnels and underground fortresses provide for new experiences yet unexplored in Battlefield 1. 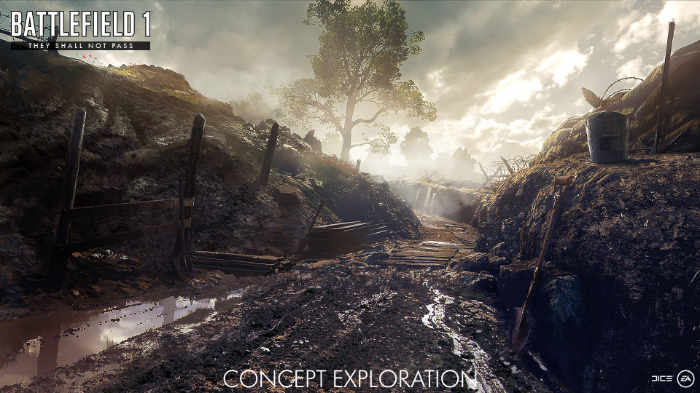 In contrast to Verdun the Battle of Soissons in late 1918 inspired us to create a new set of maps that captures the massive French tank assaults. The fighting revolves around key bridges over the Aisne River and something big lurks around the village of Fismes. If you want a head start with They Shall Not Pass, a Battlefield 1 Premium Pass will grant you this – and much more. Apart from two-week early access to all four expansions, the Battlefield 1 Premium Pass comes with priority server access, 20 new weapons, 14 free Superior Battlepacks, unique Dog Tags, and more.