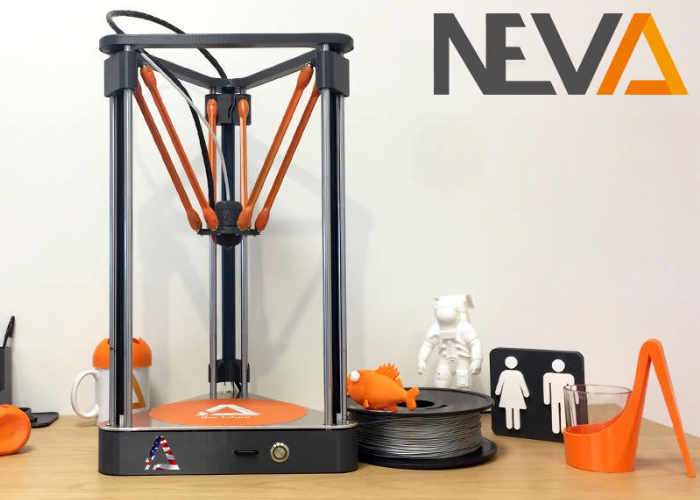 A new desktop 3D printer called NEVA, has been created by engineering company Dagoma which has been designed to provide a simple setup one button system that is both affordable and provides excellent quality prints.

Watch the demonstration video below to learn more about the NEVA desktop 3D printer which is taken to Kickstarter this month and has already raised its required pledge goal with systems available to back from $299 and shipping expected to take place during August 2017.

Dagoma was created in 2014 in France by 2 engineers who want to change the world and our way to consume thanks to 3Dprinting. To answer this strong mission, they first created my sister : the DiscoEasy200 printer. My sister is quiet famous in France : more than 8000 machines have been sold already, making Dagoma Leader in 3D printing in France and number 3 in Europe.

After 2 years, my parents wanted to re-invent the simplicity and use of 3D printers. That’s why they created me : the most magic, simple and affordable printer for all! At the same time, they decided to open a second factory and establish it… in the US in Goleta. And this is the target of this Kickstarter: having enough backers to be able to launch this factory and deliver me to all of you quickly and in a eco-friendly way!

For more information on the new NEVA 3D Printer jump over to the Kickstarter website for details by following the link below.