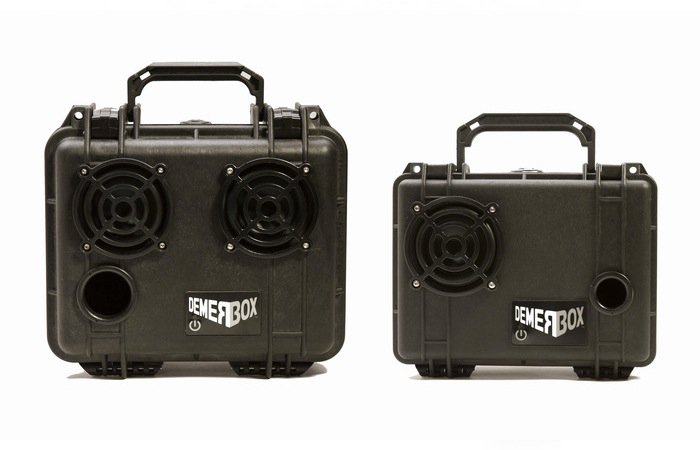 If you are in the market for a super rugged wireless speaker system you might be interested in a new project which has launched over on the Kickstarter crowd funding website in the form of the Demerbox Boombox.

The Demerbox is a rugged wireless speaker that has been designed by James Demer and is capable of taking extreme knocks and bumps wherever you might be travelling. Watch the video after the jump to learn more about the Demerbox project and see it in action.

The Demerbox Boombox project now on the Kickstarter crowd funding website aiming to raise $60,000 in pledges to make the jump from concept to production. James explains a little more about the inspiration and the design background for his rugged wireless speaker.

“When I was 12, I built my first speaker out of a shoebox. It sounded terrible but I loved the process of building my own stuff. Flash forward to 2010 and my career as a location sound mixer. I needed a portable, yet very rugged battery powered speaker and I had no choice but to make it myself out of one of my equipment cases and found parts. It was a hit with the crew and suddenly I had requests to build more.

The DemerBox was created out of need because there wasn’t anything like it on the market. Its taken years of prototyping and real world testing to create a boombox that sounds amazing, can travel anywhere with you and will last a lifetime. And you can put stuff inside it which makes it even better!”

So if you think Demerbox Boombox is something you could benefit from, visit the Kickstarter website now to make a pledge and help the Demerbox Boombox rugged wireless speaker become a reality with pledges starting from $199.