How come? Well, it can remove radiation particles on any hard surface. No surprise that it’s being heavily used in Japan right now as clean up crews work overtime to curtail the dangerous radiation spread by the Fukushima  plant disaster. 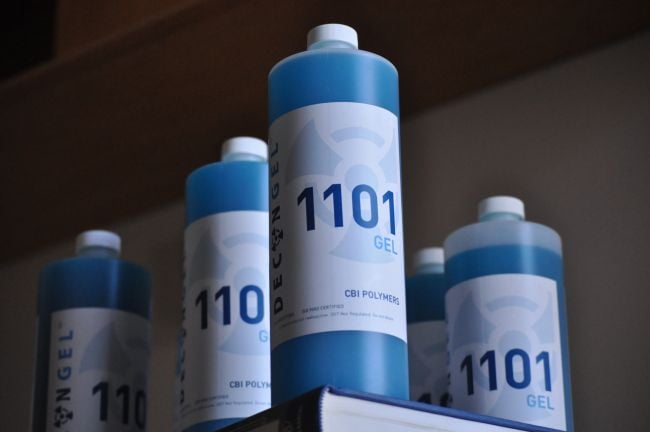 DeconGel’s unique qualities were accidentally discovered a few years ago when a scientist working for a technology incubator peeled it off a surface. Turns out what DeconGel does best is collect all sorts of microscopic particles that are cluttering the space it is spread on. When removed, it virtually cleans the object of thing it’s been covered with.

DeconGel could mark a huge innovation when it comes to cleaning radioactive waste. The traditional method that was developed at the onset of the Cold War hasn’t changed for 6 years: when something’s radioactive, vigorously wash it with soap and water. In the nightmare scenario of a nuclear confrontation between NATO and the Soviet Union, special cleaning units were ready to be deployed for showering troops and equipment.

Until DeconGel found its new purpose, such methods were standard procedure in nuclear disaster zones.

The Japanese are currently using up DeconGel at an astonishing pace. So much that it’s given the company a lot to look forward tp. If DeconGel becomes the norm in nuclear waste disposal and cleaning, then a whole new industry has just been created and DeconGel’s maker is top dog.