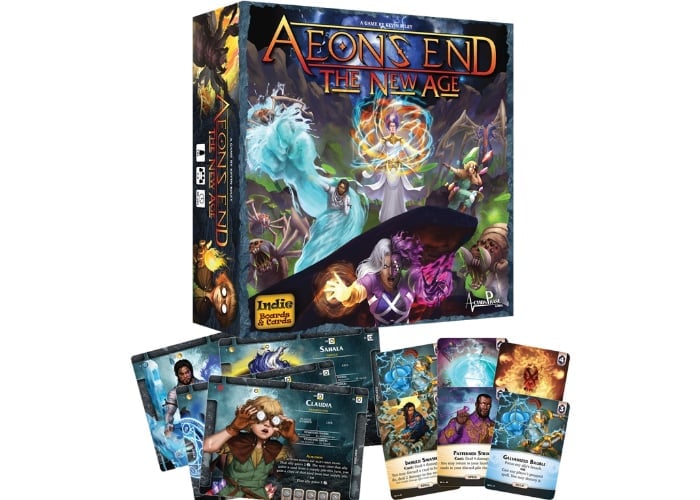 Travis as taken to Kickstarter once again to launch its 30th crowdfunding campaign in the form of Aeon’s End The New Age. A cooperative deck-building game of post-apocalyptic fantasy survival for 1-4 players, that follows on form the Aeon’s End: Legacy launched last year. Check out the teaser trailer below for a quick overview of what you can expect from the latest game in the series.

Early bird pledges are available from $69 and worldwide shipping is expected to take place during September 2019. The development team at Travis explain a little more about their latest game to be launched via Kickstarter.

“This year we are excited to expand the Aeon’s End universe with Aeon’s End: The New Age. This expansion introduces an infinitely replayable Expedition Mode which builds on the existing Aeon’s End lore. It also includes all new mages, nemeses, as well as gems, relics, and spells that are compatible with all existing content. Aeon’s End: The New Age is a standalone expansion that can be mixed and matched with the other standalone games. If you aren’t familiar with Aeon’s End, you can check out the BGG page or watch The Dice Tower review where it was given the Seal of Excellence.”

Each game plays in approximately 60 minutes and is a cooperative deck-building game for 1-4 players checkout Rodney Smith and friend below demonstrating a quick play through. You can also check out the rulebook in its draft form here. As with most Kickstarter games there are plenty of stretch goals available to unlock and thanks to over 2400 backers plenty have already been opened with the game passing its $200,000 pledge door with still 28 days remaining.