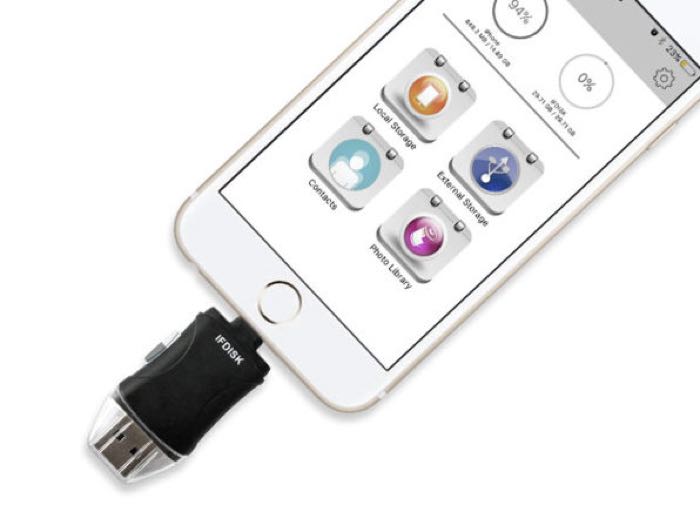 If you are looking for a useful accessory for your iPhone or iPad, then we have a great deal on the iSafe IFDISK in the Geeky Gadgets Deals store.

In the 21st century, you should have a flash drive. You just never know when you’re going to need to store some files or quickly move them from one device to another. The iSafe IFDISK makes moving data a breeze, equipped with both USB Type A and MFi-Certified Lightning connectors to jump data between laptops and Apple mobile devices in a jiffy. It even has a micro SD card slot so you can quickly store files directly from digital cameras and other devices to a flexible, external drive.

You can find out more details about the iSafe IFDISK Drive over at the Geeky Gadgets Deals store at the link below.