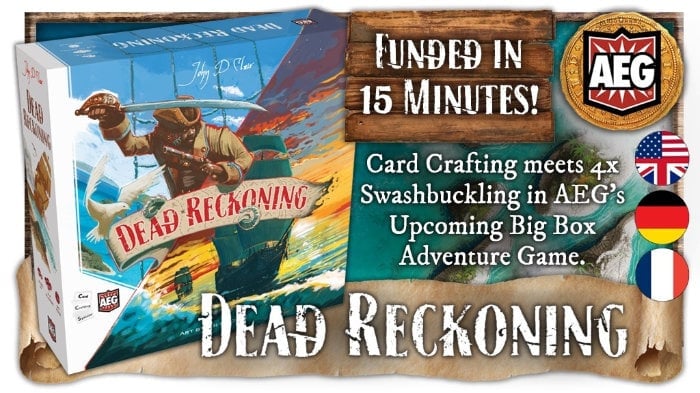 Dead Reckoning as a new strategy game created by the development team at Alderac Entertainment, who have taken to the Kickstarter crowdfunding website for 8th time and already successfully raised over $400,000 thanks to over 4,000 backers with still over two weeks remaining on their campaign.

The swashbuckling strategy game allows players to explore mysterious islands, fight battles and captain a ship and crew both of which can be upgraded as the game progresses. Watch the overview video below to learn more about the Dead Reckoning boardgame. Early bird pledges are available from $79 or roughly £63 for the base game and worldwide shipping is expected to take place during May 2021.

“Explore further with Saga Expansions which can be added and removed easily so you can reset the game to its starting condition at any time. Will you become a pirate, haunting the sea lanes and terrorizing your opponents? Or an explorer, rushing to discover what lies beyond the horizon? Or a master merchant, with a profitable trade route and well developed infrastructure? Every game will be different as each player follows their own path to victory! “