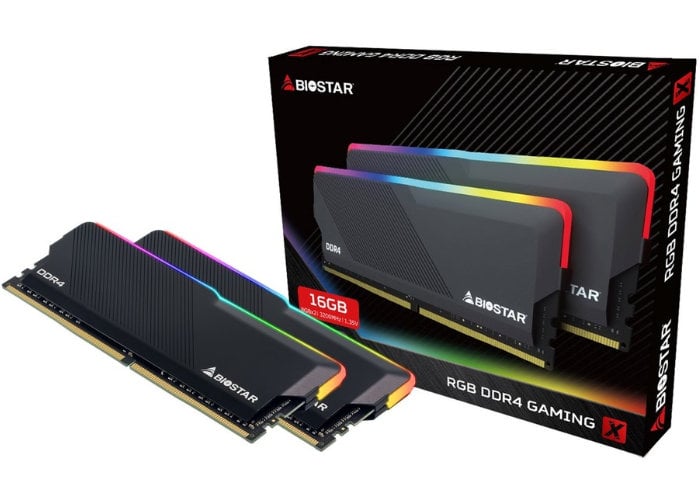 BioStar has announced the imminent availability of its new 8 GB and 16 GB DDR4 gaming memory in the form of the BioStar Gaming X RGB series of memory. The latest DDR4 RGB Gaming X series RAMs from BioStar are available in in single and dual-stick Kits, with a single stick carrying 8 GB of memory capacity. Users can pick up between clock speeds of 3200 MHz and 3600 MHz and can overclock the modules up to 4000 MHz with ease.

“Highly customizable, the new rams work well with BIOSTAR’s RGB control software so users can pick between their favorite lighting colors and patterns. In conclusion, the new DDR4 RGB Gaming X series RAMs are an excellent choice for consumers looking for a great, reliable product for their build. BIOSTAR places great importance on the compatibility of its products. Its DDR4 memory modules are compatible with many motherboards from different manufacturers and work even better with the combination of BIOSTARS’s globally renowned motherboards.”