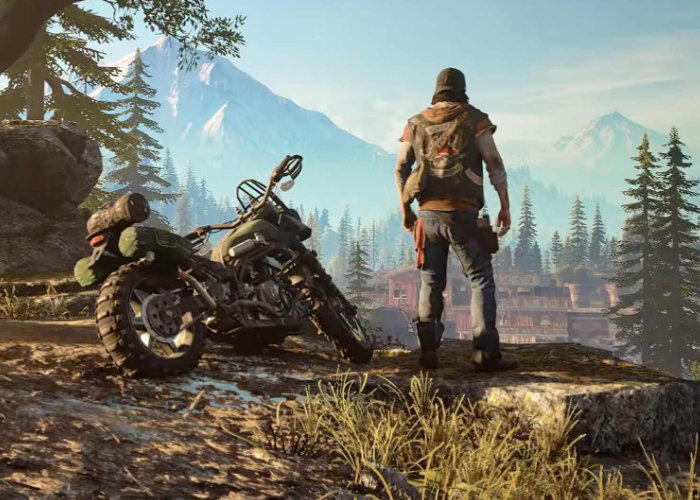 PlayStation gamers looking forward to the launch of the new PlayStation 4 exclusive Days Gone developed by SIE Bend Studio and published by Sony. Might be interested to know that its development team have reconfirmed that the game will indeed include six hours of cinematic video clips throughout the game and will take approximately 30 hours to complete or longer depending on player choices throughout the game.

Days Gone is an action-adventure survival horror game set in a post-apocalyptic open world, played from a third-person perspective, check out the official Days Gone gameplay trailer below to learn more about what you can expect from the adventure game built on the Unreal Engine 4.

“Adapt to quick environmental changes inspired by the harsh high-desert of the Pacific Northwest. One minute, Deacon is riding through a dense alpine forest—or snow field or lush meadow—and the next, he’s fighting his way through harsh desert lava fields and caves. Ancient lava flows scar and define the hazardous environments, delivering a breathtaking and diverse backdrop of regions to explore. From small towns and mountains to cliffs and river basins, explore the beautiful but threatening world, left in the wake of humanity’s destruction.”