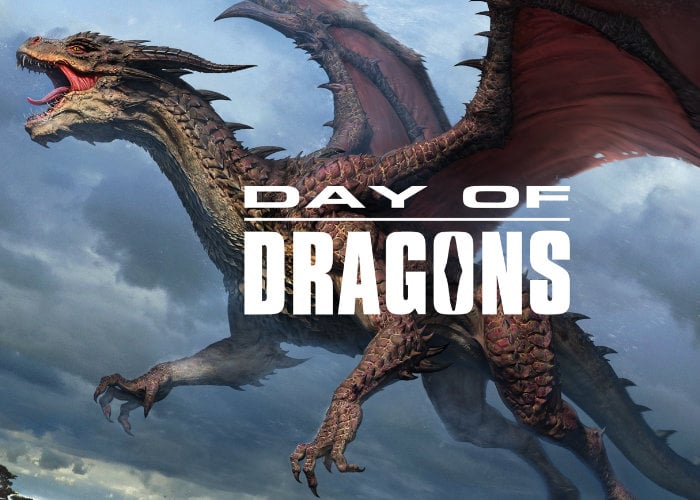 Beawesome Games has successfully raised the funds required launched their first Kickstarter campaign Day of Dragons, by blasting past their required $12,000 pledge goal thanks to over 12,000 backers who pledged over $530,000 to help bring the project to life. “Beawesome Games started with a small group of gaming friends who believed they could make awesome games together, no.. beyond awesome games,…. beawesome games! And so Beawesome Games was born.”

Features of the Day of Dragons game will include :

– Play as Dragons and unlock other playable mythical creatures such as giant Elementals.
– Survive! You come into the world as a hatchling and must eat, drink, survive, and grow to become an adult.
– Online Steam Multiplayer. Play with other people. Some creatures are players, some are AI. It all takes place on a Dedicated server that you or someone else is hosting.
– Huge Mega Map. The world is huge and beautiful with multiple biomes including forests, deserts, lava, swamps, grasslands, and caves.
– Special abilities! Some dragons can fly, breath fire, spit acid, and even turn invisible!
– Growth. Your dragon grows over time. You need to eat and drink to survive to the adult stage.
– Movement. Dragons can fly, they can swim, they can walk, run, trot, and even sleep!
– Fire! Dragons can breathe fire, some spit acid, some shoot plasma. Each dragon species is different and has different stats.
– Nesting. Dragons can lay eggs which can then be hatched by players, each egg inherits stats from each parent. Or you can spawn into the game with randomly assigned stats. Each dragon will have slightly different stats within the range of its species.
– End game. The game is more than just growing and surviving. After reaching adult, you can unravel the mystery that will allow your dragon to grow stronger, sometimes even larger, becoming an Elder dragon of your species. You may even unlock the elementals, an alpha class level playable character and be hunted for the rest of your days by every dragon on the server seeking your utter demise.

If you missed the Kickstarter campaign but would like to learn more about the or make a preorder visit the official development site via the link below. “Day of Dragons is coming soon to Steam Early Access and will soon be available for pre-order on our website. This Steam Early Access game is currently not a finished game and may or may not change significantly over the course of development.”