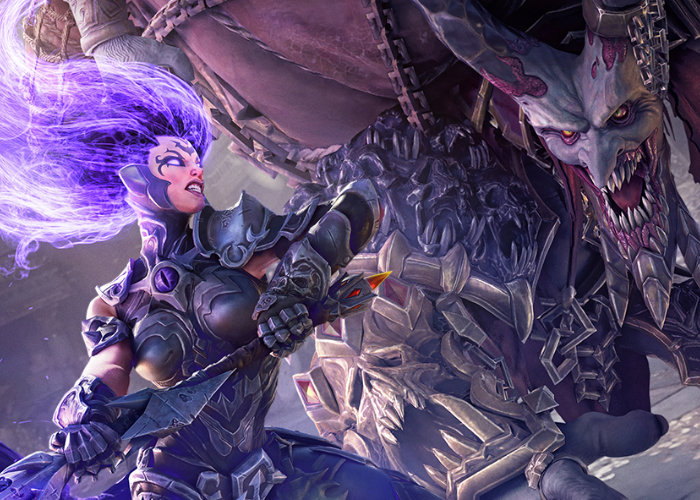 Gamers patiently waiting for the official launch of the new hack and slash adventure game Darksiders III, will be pleased to know that is now available to play on the Xbox One, PlayStation 4 and PC systems. Darksiders III has been developed by Gunfire Games using the Unreal Engine 4 and has been published by THQ Nordic.

Darksiders III is a single player game that allows you to take control of Fury a sister of War and Death and one of the Four Horsemen of the Apocalypse, played from a third-person perspective. Watch the official launch trailer below to learn more about what you can expect from the game, its characters and storyline.

The Darksiders III world is modern and post-apocalyptic, designed as a vertical gamescape that takes the player from the bowels of hell to the heights of heaven. The world of Darksiders has always been replete with outlandish beings, weaponry and environments. Interpreting planet earth’s Apocalypse and its inhabitants for Darksiders III was like working inside a playground for our artists. No design direction was off-limits. Our heroine, the third horseman of the Apocalypse best known as Fury, is everything her brother War and Death aren’t: a duty-bound, vengeful mage who is presented in five different designs complete with evolving weaponry.

For more details on the Darksiders III game and its creation jump over to the official PlayStation blog by following the link below.