The new Darksiders II action adventure game which is currently under development, and is hopefully being launched by THQ in August 2012 on PS3, Xbox 360, PC and Wii U.

Has this week received a new teaser video called the Last Sermon. If enough Facebook users like the page and the site receives over 500k likes then the next stage off the trailer will be released. 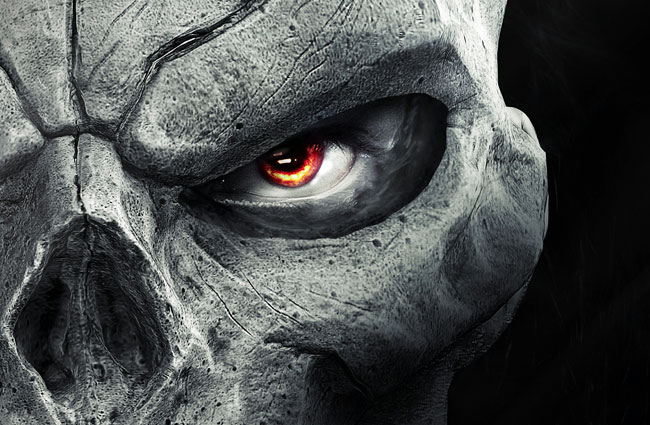 Unfortunately it was recently confirmed by THQ that the new sequel Darksiders II will not have multiplayer support, due to technical problems, and because each horseman had not been developed individually.

“Darksiders II starts at nearly the same time as the start of the first Darksiders. After War is convicted and sent back to Earth by the Charred Council, they inform the other three Horseman of his fate. The Horseman Death, knowing that his brother War is the most honorable and incorruptible of the four, and would never have started the Apocalypse early, flies into a rage. Believing his brother is victim of a conspiracy, Death defies the Council’s orders and sets out on a personal mission to find proof of his brother’s innocence. Death travels to the Nether Realms, a place between Heaven and Hell, to call in favors from powerful beings that rule the realm.”

I have also dropped the additional trailer that was released earlier this year underneath to whet your appetite a little more.