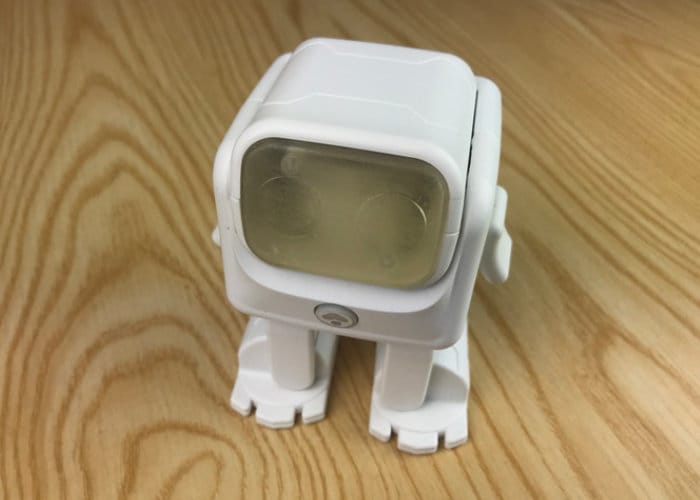 Most smart speakers simply just sit on your desktop or table streaming audio, however the Dancebot smart speaker created by Aplus Drones can also entertain you by dancing. Watch the demonstration video below to learn more about the dancing robot speaker.

Available to early bird backers from $38 the Dancebot robot speaker is capable of streaming music, audiobooks, podcasts or even voice messages. If all goes well worldwide delivery is expected to take place during October 2018. If anyone remembers dancing flowers from back in the 1990s it seems the dancing robot provides a next-generation 21st-century alternative.

“Its intelligent algorithm allows it to process any audio passed through it and translate that into expressive movements. Dancebot likes to impress with its two little feet. It taps its feet and jives to upbeat tunes. It slides in silky sleek movements to bring out the sexy in slow pieces.”

Jump over to the official Kickstarter campaign to make a pledge and be one of the very first to own the Dancebot robot speaker. “Play an audiobook or nursery rhymes with Dancebot. It likes to move to the stories and songs. Dancebot’s animated movements will give your child an engaging session that makes learning a lot more fun.”