Watchmaker Cyrus has unveiled a new addition to their range in the form of the Cyrus Klepcys Mars Watch. Which is a variation on the their Klepcys model that features a 3D moonphase, but this time its been replaced by a miniature version of the red planet, Mars.

The Mars globe has been created and rotates at exactly the same time as the real planet. Completing one revolution every 24 hours, 37 minutes and 22 seconds. Watch the video after the jump to see it in action. 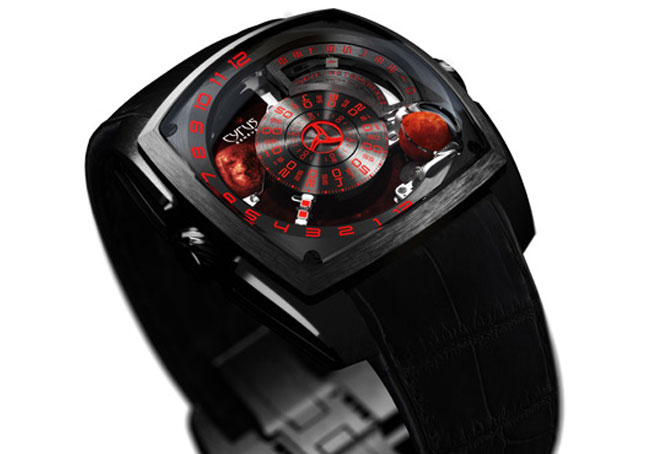 Other unique features of the watch is the “Martian face” which has been included in the design and can be seen at about 7 O’clock on the watches face. The unique Klepcys watch is a collaboration between Cyrus and renowned watchmaker Jean-François Mojon, who also designed the Harry Winston Opus X watch.

The Cyrus Klepcys Mars Watch is being limited to just 66 pieces or as Cyrus says “66 earthlings will be able to enjoy this unique experience on their wrist.” Unfortunately no information on pricing or worldwide availability has been released as yet.