With the launch of the new iPhone 4S also came the confirmation of the new Siri Personal Assistant which is being included within Apple’s new iOS5. Apple removed the old Siri Assistant application for the iTunes App Store shortly after the announcement and has today revealed that the Siri application will stop functioning on October 15th.

People who have already downloaded and been using  the old Siri Assistant app, have been informed by the app it will stop performing voice-driven searches via a new message that appeared on the apps homescreen. 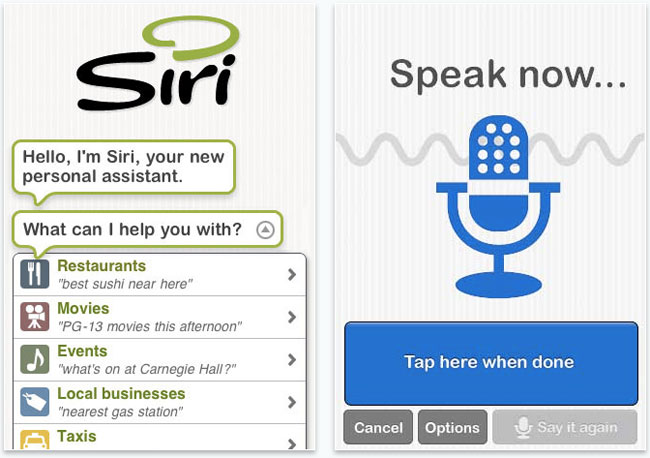 ” Siri.. I’ve been replaced! The new Siri is even smarter and better looking than me, and waiting for you on the iPhone 4S. I’ll be leaving be leaving for home on October 15th.”

The new Siri on the iPhone 4S will be able to answer user voice asked questions such as : what the weather forecast is, what restaurants are nearby, and how you can get to places. Siri can also set alarms, read you notifications, schedule calendar events, and reply to messages. Watch a vide of the new Siri Personal Assistant on our earlier post.