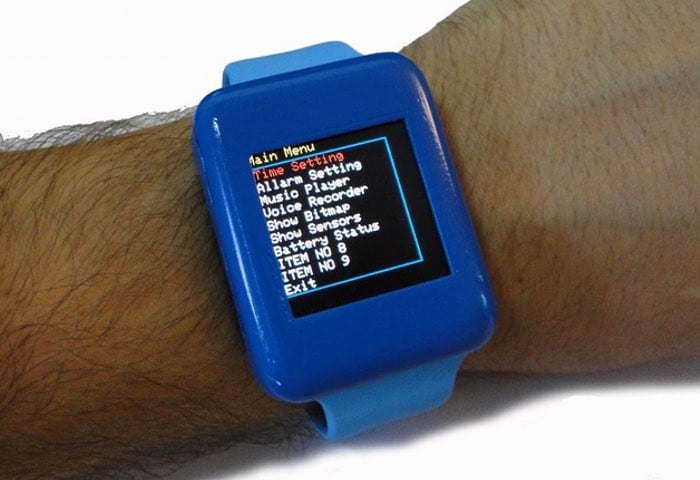 A new open source Arduino smartwatch has been created and is now available to back with pledges starting from just $99 for the DIY source files or if you prefer all the hardware included, pledges start from $180 with shipping expected to take place during January 2017.

Powered by and 32 bit Arm Cortex processor equipped with a 16bit 1.5″ OLED display, this awesome DIY smartwatch is perfect for any makers, hobbyists or developers looking to create their own applications or platforms for wrist worn wearables or Internet of Things.

Watch the video below to learn more about this DIY Arduino smartwatch, which comes equipped with Bluetooth low energy connectivity allowing you to use the power of your smartphone to push notifications and messages directly to your wrist.

CulBox is a tiny wearable wrist watch made for Arduino makers who are ready to make tons of applications with the easy to use Arduino libraries and samples for this new technology. The main processor on this watch is a tiny RFDuino ARM Cortex with the built in Bluetooth Low Energy Made by RF Digital Company and named Simblee which is very common and popular and has tons of samples and libraries.

Although the SDKs are available to make Native apps for who have experience with app development, CulBox has this ability that gives you the power of making apps on your iPhone or Android device without knowing anything about app developing and using Android SDK or Xcode!

The Simblee chip we used on this product comes with a multi purpose raw app that you can download it from App Store or Google Play Store for free and then use that app as a user interface only and design your app in your Arduino code. the Simblee app acts like a raw touchscreen display that has libraries like making buttons, drawing lines and circles and etc. so with the CulBox Arduino libraries and the samples, you will be able to easily make your app and connect your watch to your phone and use it for your application.