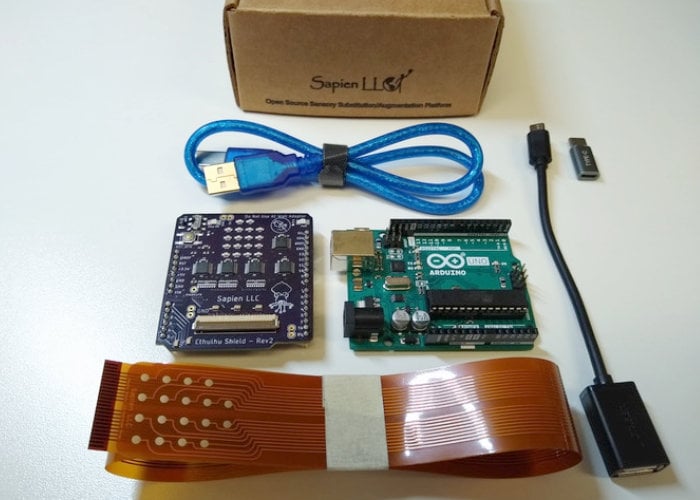 Developers, makers and electronic enthusiasts may be interested in a new open source sensory substitution and sensory augmentation development kit called the Cthulhu Shield. Created by engineer Joel Moritz Jr the Cthulhu Shield has been launched via Kickstarter this week and is now available to back from $75 with worldwide shipping expected to take place during July 2019. For more information on the new Arduino shield watch the demonstration video below

“We’ve taken the technology used in research and medical devices and put it on an easy to use device that plugs right into an Arduino Uno or Arduino Mega. The Cthulhu Shield lets anyone experiment and make devices that can expand your sensory experience!”

“The Cthulhu Shield creates short biphasic voltage pulses on the electrodes that are in contact with the surface of the tongue. The electric field created by these pulses and the movement of ions in the electric field cause a change in the potential across the membrane of a somatosensory nerve fiber(s) in the tongue, opening voltage gated ion channels, causing the fiber to propagate an action potential to the brain where it is processed and perceived as a touch sensation. This form of neuromodulation is often referred to as electrotactile stimulation. Most of the sensations the Cthulhu is capable of producing feel a little like pop-rocks or bubbles from carbonated beverage. “

The Cthulhu Arduino Shield is now available via Kickstarter by following the link below.