Samsung has today announced that their new extra bling smartphone in the form of the Crystal Edition Samsung Galaxy S5 will be available to purchase next month in Korea.

Samsung has also released a teaser video providing a 13 second clip of what you can expect the new Crystal Edition Samsung Galaxy S5 to look like. 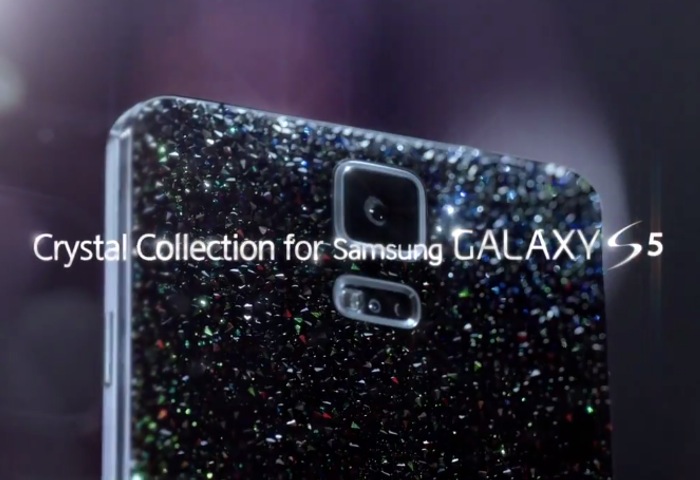 Samsung have followed the same design styling as with the Crystal Galaxy S4 smartphone and covered the back of the device in Swarovski crystals adding extra billing to the company’s flagship Galaxy S5 smartphone.

Samsung Galaxy S5 is equipped with a 5.1-inch display sporting a resolution of 1920 x 1020 pixels, and is powered by the latest Qualcomm Snapdragon 801 SoC clocked at 2.5Ghz with Adreno 330 GPU and 2GB of RAM.

Unfortunately no information on pricing has been released as yet by Samsung for their new Crystal Edition Samsung Galaxy S5 or worldwide availabilty, but as soon as information comes to light we will keep you updated as always.