This has to be one the craziest case mods I have seen so far a the iToilet. 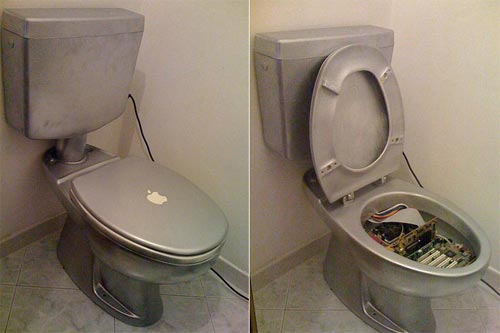 Yes a couple of guys used an actual toilet for a case for their PC, then sprayed it silver and added an Apple Logo.

What happens when a normal person finds a toilet along a street?
Most probably he wouldn’t even notice it and for sure he wouldn’t pick it up…and bring it home…BUT
that’s what insane Apple addicted nerdz would do:

ps: is controlled by remote, it doesn’t have a screen, we use a VNC connection

Check out this video of them bit in action