The latest Cray supercomputer named Titan is powered by a combination of CPUs and GPUs, which feature 18,688 nodes, each of which contains an AMD 16-core Opteron and a NVIDIA Tesla K20X GPU accelerator, equating to a massive 560,640 processors in total. 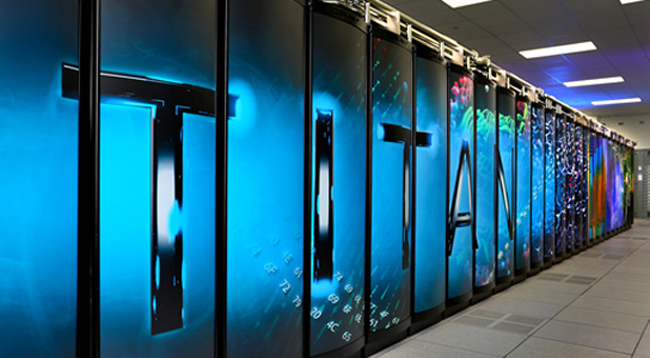 “It’s not practical or affordable to continue increasing supercomputing capacity with traditional CPU-only architecture,” said ORNL’s Jeff Nichols, in a press release. “Combining GPUs and CPUs is a responsible move toward lowering our carbon footprint, and Titan will enable scientific leadership by providing unprecedented computing power for research in energy, climate change, materials, and other disciplines.”

The Cray Titan supercomputer has been built to help research materials nuclear energy research, and investigate ways to re-design the traditional combustion engines to make it more efficient. For more information and full details of the new Titan supercomputer jump over to the AMD press release.